We admit we are biased and will only profile eye-catching window displays on our blog if they have at least one mannequin in the window. (What do you except from a company that sells mannequins?)

But we made an exception, because the windows at this store are EXCEPTIONAL. Not only are their windows innovative and budget friendly (one of our requirements for judging window displays), but they are from a freakin’ hardware store.Yes, a hardware store!

This just goes to show that any retailer with a storefront window needs to pay more attention to their window displays. It is a powerful advertising vehicle.

This publication: “At Issue,” an online journal business and design wrote this about Coles’ windows 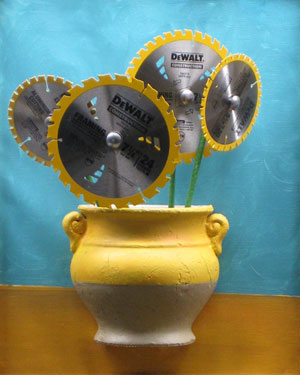 In San Francisco, the best retail window displays can be found in one of the most unlikely places – a hardware store. With four locations in San Francisco, Cole Hardware has been serving local do-it-yourselfers since 1926. It lives by its slogan: “Hardware for the soul.” That soulful spirit is visible in its amusingly artistic window displays created by the two-women visual merchandising team – Noelle Nick and Dominique Tutwiler.

Nick, an engineer who once worked at Bechtel, and Tutwiler, who majored in illustration at San Francisco’s Academy of Art, have literally turned circular saws, toilet balls, rubber gloves and other utilitarian objects into works of art. One display, which they titled “Louvre,” presented ornately framed “recreations” of Van Gogh’s sunflowers made from yellow-rimmed circular saws in a yellow vase and Michelangelo’s “Creation of Adam” from the Sistine Chapel made from two rubber gloves striking an imitative pose. Benjamin Moore paint dribbled onto a canvas paid homage to Jackson Pollack’s abstract expressionist art. These window displays are not a departure from Cole’s hardware products. Nick says that they are made entirely out of products carried by Cole. 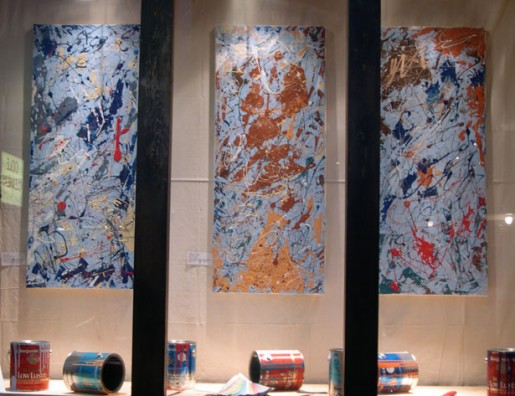