Mannequins are frequently asked to do more than sell merchandise. Many retailers use mannequins in their window displays as silent advocates for a political or social agenda.

A few retailers in NYC are using their window displays to promote legalizing same sex marriage.It is risky for a retailer to make ANY political or social statement (aside from say breast cancer awareness) in their window displays because they don’t want to lose sales by alienating anyone.

Whether or not you agree with gay marriage, we applaud these retailers for being willing to take a stand for their beliefs. We always say the window displays should be like street theatre – and good theatre is sometimes controversial!

Here are windows by Levi Strauss which is  headquartered in San Francisco (the most gay friendly place in the universe).  This one is for lesbians. 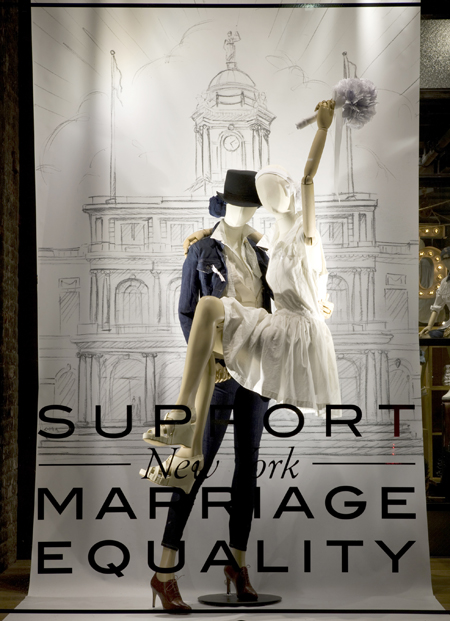 This one is for the gay men. Yes there are gays in the heartland of america (the guys in Brokeback mountain wore Levi’s didn’t they?) but it is still the urban coastal cities where there is more acceptance of gay lifestyles. 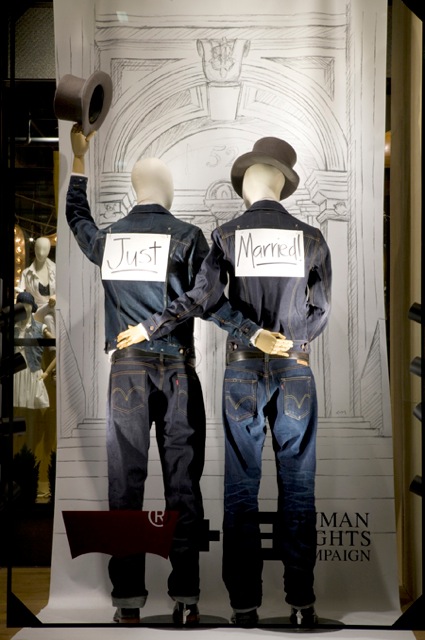 Then there is Kate Spade with her two window displays that say “two of a kind.” Love that play on words! Given that the prevailing attitude about lesbians is that they are not fashion forward, we applaud Kate for bucking this stereotype with this elegant, yet simple display. 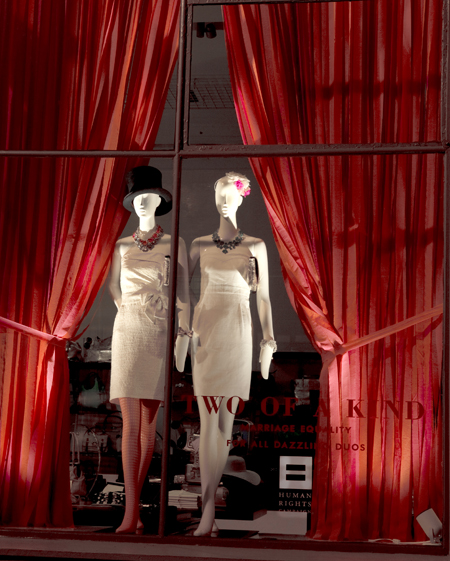 I never was a Kate Spade customer but I like this display enough to take a look inside the store. And that is what good visual merchandising does – it draws in new customers. So this is why more retailers should put more creativity into their window displays. 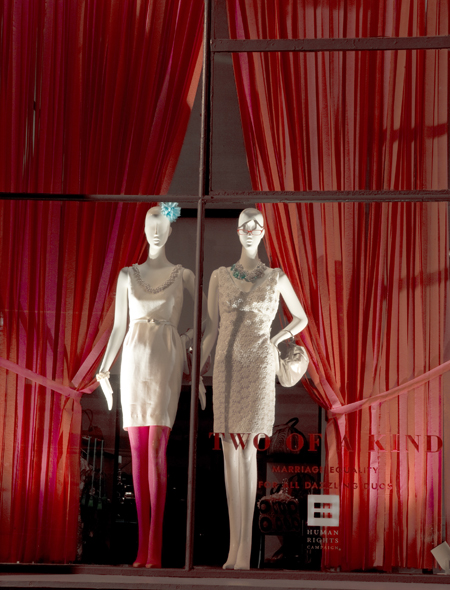 Then there is Marc Jacobs. Considering how outrageous some of his print ads are, this display is disappointing and downright dull. We expect more of a gay man whose customer base is very cutting edge. 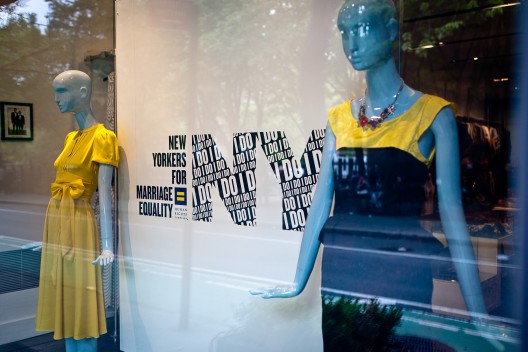 This Michael Kors display would be appropriate if this was a bakery instead of a clothing store.  Those teeny, tiny cake toppers don’t count – you can barely seem them! 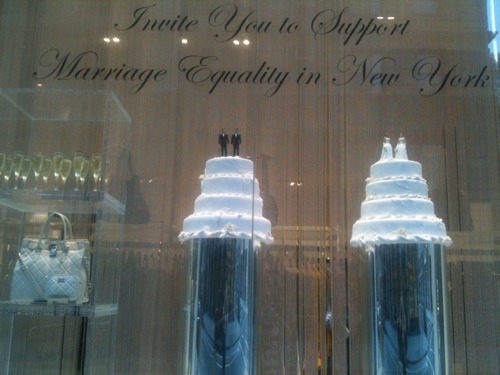 We at Mannequin Madness love it when mannequins are used in creative ways. That is why we sell new and used mannequins so that more retailers and private individuals can use mannequins for all their creative pursuits.