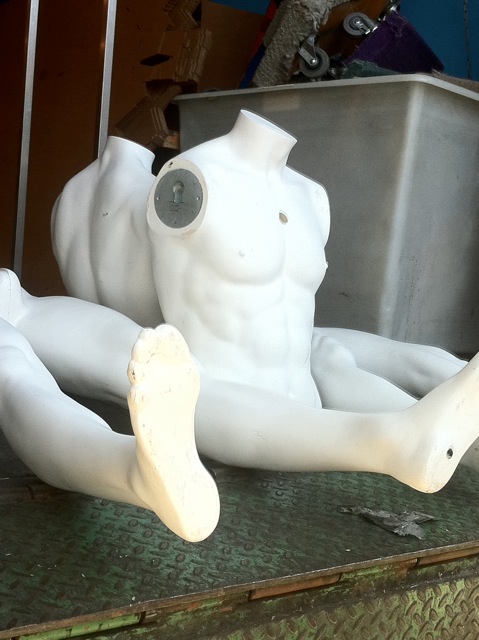 If you took a poll for what are the dirtiest jobs in America, “mannequin recycling” might not come up at the top of the list. Especially when we name drop and say that some of our customers are Nordstrom’s, Neiman Marcus, Bloomingdale’s, and Juicy Couture – you might wonder what is “dirty” about that?

Well our visits to these stores are often by their dumpsters (which is where the mannequins were headed if we did not come along). Or if we are lucky, we are in a cold, dark backroom storage area. Not to mention that many times the mannequins, although pretty, are covered in dust or dirt from being in long term storage. 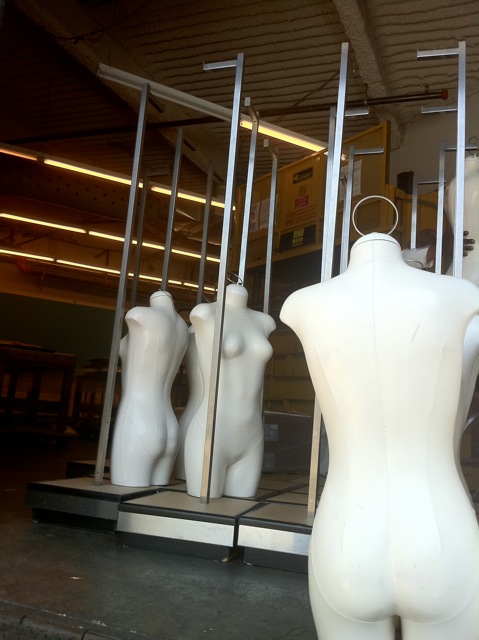 Mannequin Madness was featured on a “Dirty Job” segment on Evening Magazine hosted by Mike Rowe. This was a few years before Mike began hosting an entire show about Dirty Jobs on the Discovery Channel.

Here is a photo from that segment (wish we could find it on Youtube) with Mike holding one of our salvaged mannequins. He found it hard to believe that something so pretty was headed for the dumpster. 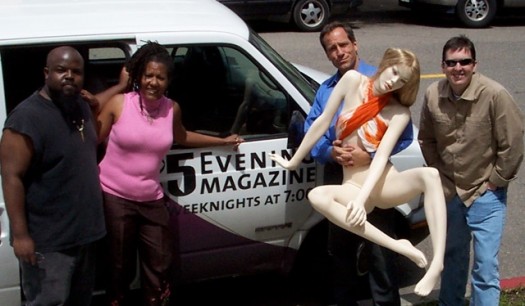 Although mannequin recycling is a “dirty job” it is an environmentally friendly job. We keep mannequins from going into the landfill. Considering that mannequins are made out of materials that do not biodegrade, they really don’t belong in the landfill.

So we repurpose or rescue them by finding new homes for them by renting or reselling them to other businesses and private individuals. Each year we recycle over 100,000 pounds of mannequins and have received an award from the Environmental Protection Agency.

However it is still an uphill battle convincing retail chains to change their entrenched habit of throwing mannequins and other props into the dumpster. Most of the time the items are still very functional, not broken or damaged, just a style that they no longer want to use. 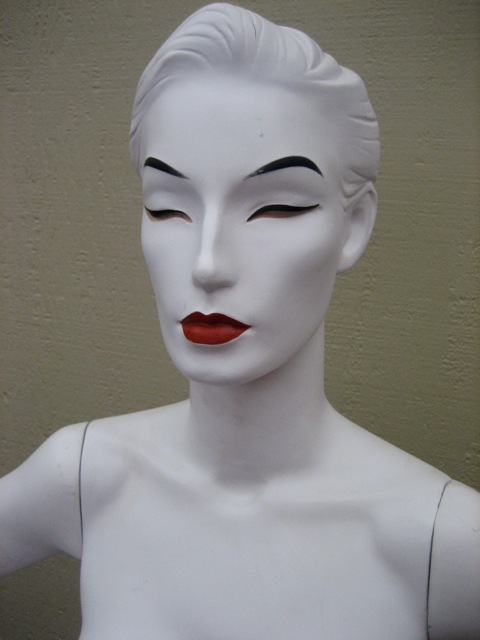 Fortunately retailers like Nordstrom have been very pro-active in their mannequin recycling – at least the stores in the SF Bay Area. All the mannequins in the photos in this posting came from Nordstrom. In fact just last week, we gave the Nordstrom store in San Jose our “Environmental Excellence Certificate” which we award to retailers who recycle a substantial amount of mannequins a year. 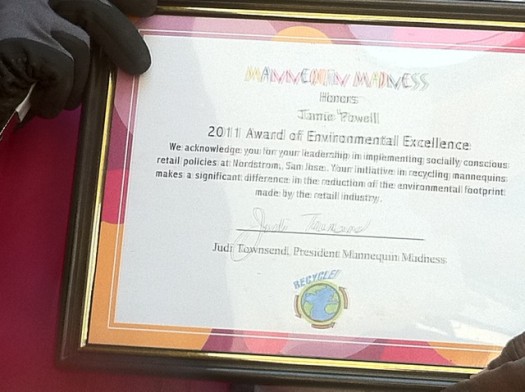 So although mannequin recycling might not make the top ten list of dirty jobs – we are an unsung hero. We don’t mind being in the background, but we do want to acknowledge retailers like Nordstrom who make it possible for us to do what we do! 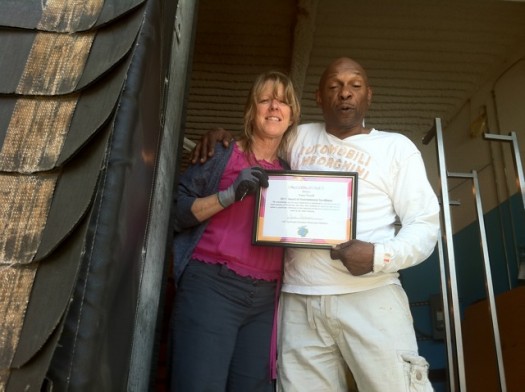 I love this project-and am struck with the loveliness of the mannequin with face featured. My question is whether they sell to private buyers-I would love the have a mannequin for my vintage hat, old ballgowns and jewerly disply. I am wondering if this could happen-like a mannequin rescue?

We rescue mannequin and we do indeed sell the mannequins to private buyers. However many of the best bargains never make it to our website, but our in our warehouse where locals (San Francisco Bay Area) come in to buy those items. Please visit us at http://www.MannequinMadness.com to see the variety of new and used mannequins we have. And if you are looking for something specific, send us an email at sales@mannequinmadness.com