We want to share with you our 15 minutes of fame with a close encounter with a celebrity. Let me revise that, nowadays any two bit reality TV star will call themselves a celebrity. Our encounter was with a bonafide celebrity — British royalty.

In April of this year we received an email from Maureen Dunkel. Maureen’s a minor celebrity in her own right as she is the woman who purchased 14 evening dresses worn Princess Diana at the 1997 Christie’s auction of her gowns. The auction was to raise money for Princess Diana’s humanitarian causes in the United States and United Kingdom.

Dunkel reportedly paid $700,000 for 14 of Diana’s best known evening gowns. Two months later, the Princess was tragically killed in a car accident, which made the value of Maureen’s purchase go up exponentially. The current value is said to be around $6 million.

Maureen staged a touring exhibition with the dresses titled “Life of a Royal Icon” and the dresses traveled through the US, Canada and New Zealand and were on display for the past 10 years at Kensington Palace. When the dresses returned to the US again to be exhibited in late April in Plymouth, New Hampshire, Maureen called Mannequin Madness to purchase brand new french style dress forms to display the dresses. See them in the photo below. 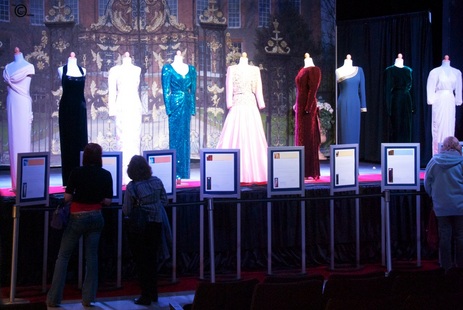 Later when the exhibition went on to Toronto, the dresses were put on fancier headless mannequins from a Canadian mannequin vendor. The upgrade in mannequins was probably to give the gowns an upgraded showcase in preparation for them being auctioned off again on June 23 off by Canadian auction house, Waddingtons. 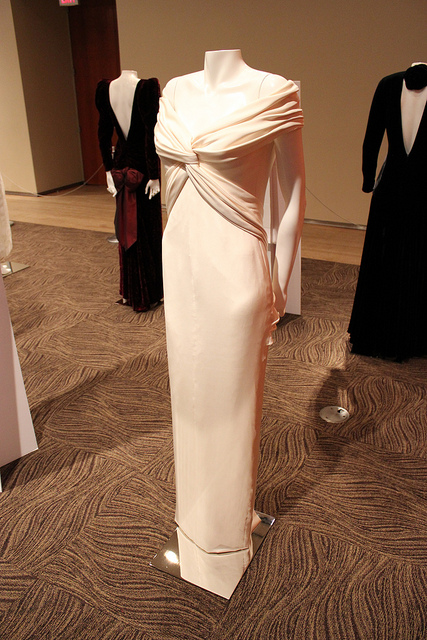 Yes, we know no one cares about the dress forms or mannequins. Especially when they are wearing gowns worn by a celebrity. Mannequins are like chorus girls, and the dress is the star. But without a chorus line, the star would not be able to shine as brightly, so let’s hear it for the unsung heros of the fashion industry – mannequins!