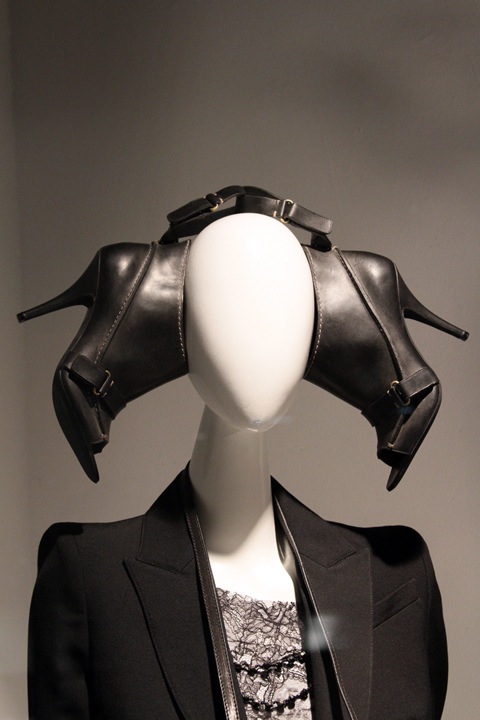 If someone was wearing shoes on their head, you would no doubt think they were crazy. But if you were looking at these window displays from Barney’s and saw shoes on the heads of mannequins, you might say also say crazy. But we here at Mannequin Madness think this is crazy as in cool. 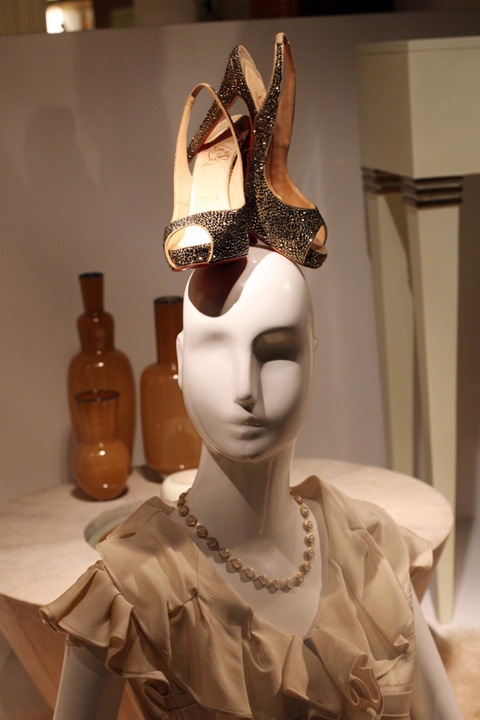 It causes viewers to take a double take, when something unexpected and out of the norm is happening. And that is what any retailer wants – for people to stop and notice what is in the window. 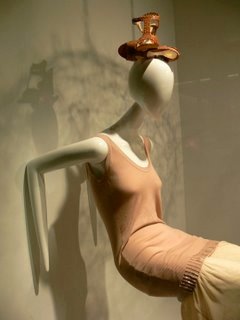 Here is an example of a mannequin that already has “formed” shoes on her feet – which is a popular trend now in mannequins. But that didn’t stop Barney’s from finding a creative way for the mannequin to display other footwear. You probably notice the shoes a lot more than you would if they were on the feet of the mannequin. That is the great thing about juxtaposition 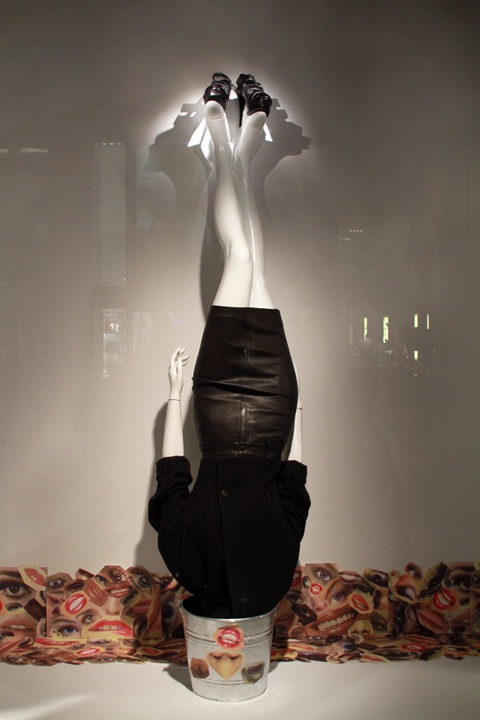 A less dramatic juxtaposition, is having the mannequin hold shoes on their hands instead of wearing them. 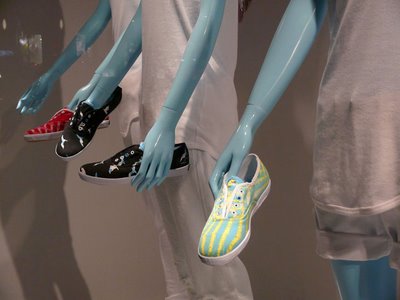 And here is a dress form that is being used not to display a dress, but turned sideways and is a fabulous canvas to display a boot. Gotta love Barney’s for thinking outside of the box.

All images are from the blog Modelizing by Julia Chesky. 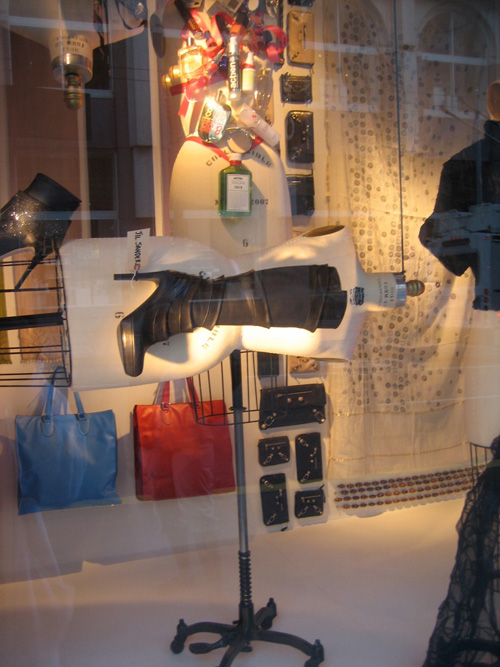