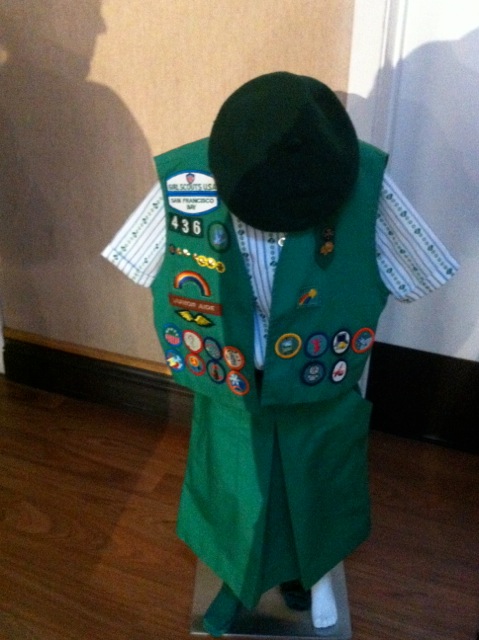 We received a  call from Trish G., a scout leader in Lafayette California inquiring about renting dress forms to exhibit vintage scouting uniforms at the ceremony where Brownies become Girl Scouts. She was spending money from her own personal funds to rent the mannequins – which impressed me. So I let her use the mannequins at a deep deep discount. 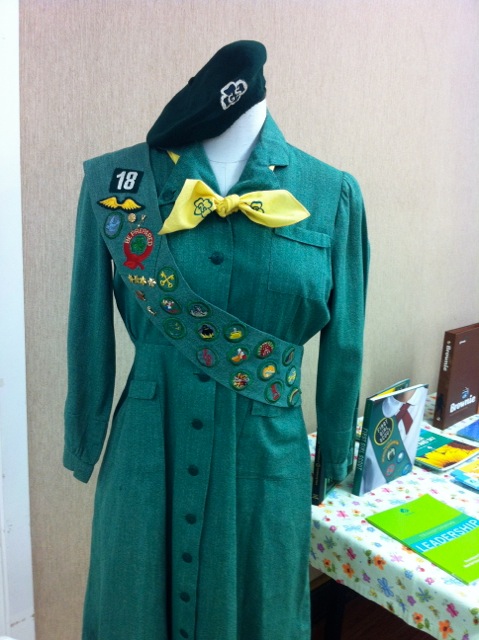 I told her that I keep a child sized mannequin in my office to display my girl scout merit badge and my dad’s Eagle Scout merit badge- which impressed her.

Needless to say, we had a love fest talking about the significance of being a scout. She came to our warehouse with over 15 scouting uniforms that had been provided by a local girl scout historian. I didn’t realize the merit badges were once attached to the sleeve’s of the uniform, sashes came later. 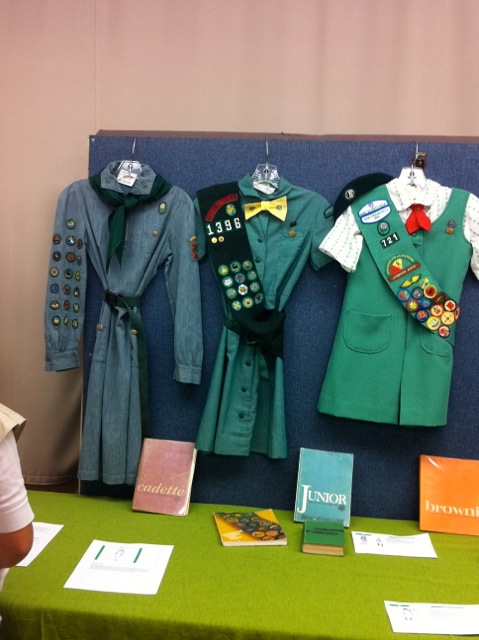 Here is the original  scout leader’s uniform from the early 1900’s. 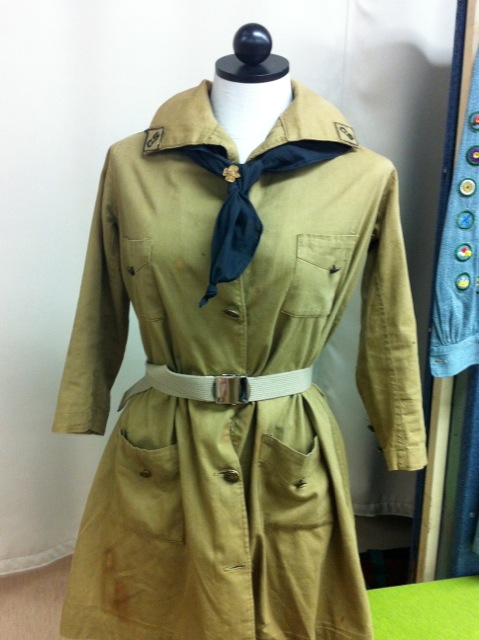 Originally Trish  had planned for girl scouts to model the uniforms, but felt it would be safer to have them on display on a mannequin. (We agree). 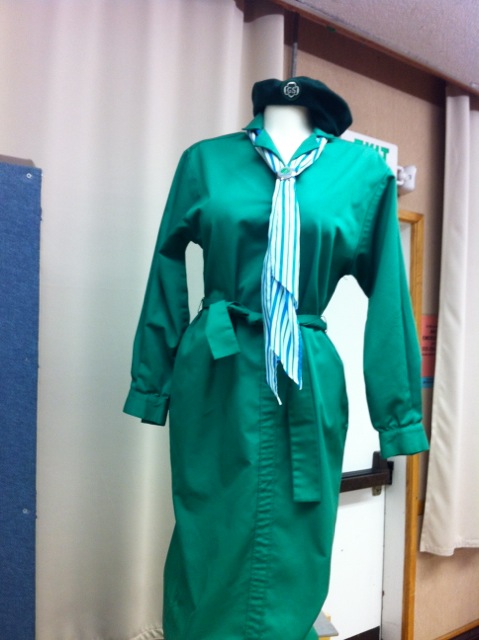 Aren’t these Brownie uniforms so cute! “Twist me turn me and show me the elf, I looked in the pond and saw myself.” 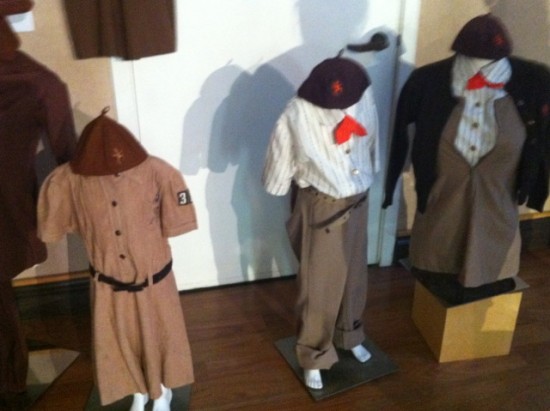 The white shirt uniform was the style I wore in the 1960’s. Technically this is now considered vintage, which of course makes me feel old. 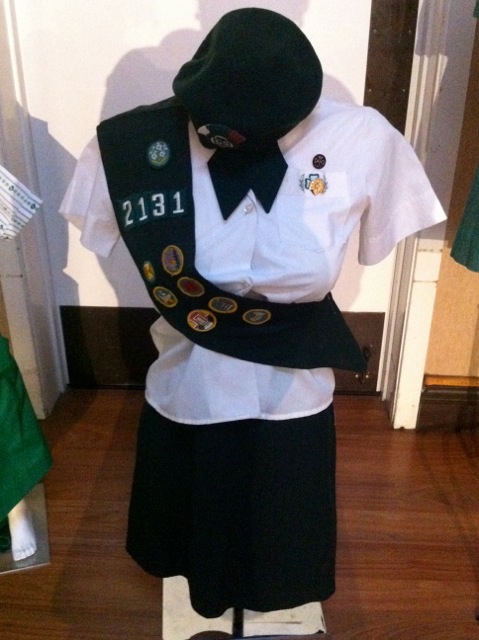 Here is Trish wearing a Scout Leaders uniform from the 1960’s along with her two children. Her daughter just went from Brownie to Girl Scout that night, so her sash is brand spanking new. Trish, I salute you as well as ALL scout leaders out there – you guys are saints. 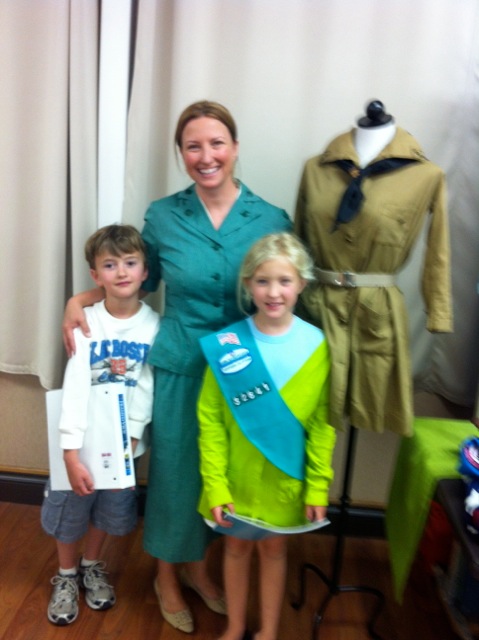 If you have a story to share about how girl scouts helped to make you great you can do so on this special facebook page. According to the girl scout website, the following is true:

Two thirds of our nation’s most accomplished women in public service, business, science, education, the arts, and community life were Girl Scouts. And virtually every female astronaut who has flown in space got her start here. Mae Jemison, the first African American woman in space, was a Girl Scout.

So was Sandra Day O’Connor, the first female to sit on the Supreme Court of the United States. Dr. Drew Gilpin Faust, the first female president of Harvard University, and Katie Couric, the first woman to anchor a network evening newscast, both began their careers in Girl Scouting.