We look at hundreds of Xmas window displays from around the world for our Pinterest board With a few exceptions like the photo below, what we’ve seen is a shortage of creative and unique holiday window displays.

So many retailers play it safe. Not wanting to offend anyone and risk losing sales, they end up with generic displays. Generic displays don’t generate sales – excitement and controversy does. This is why we like the window displays from retailers in West Hollywood.

West Hollywood is an affluent community that is 41% gay, many of whom work in the entertainment or design field. So the retail scene there is very creative, non-traditional and even bordering on risqué. Especially those windows designed by popular visual merchandiser, ChadMichael Morrisette of CM Squared Designs, who designed the windows below. 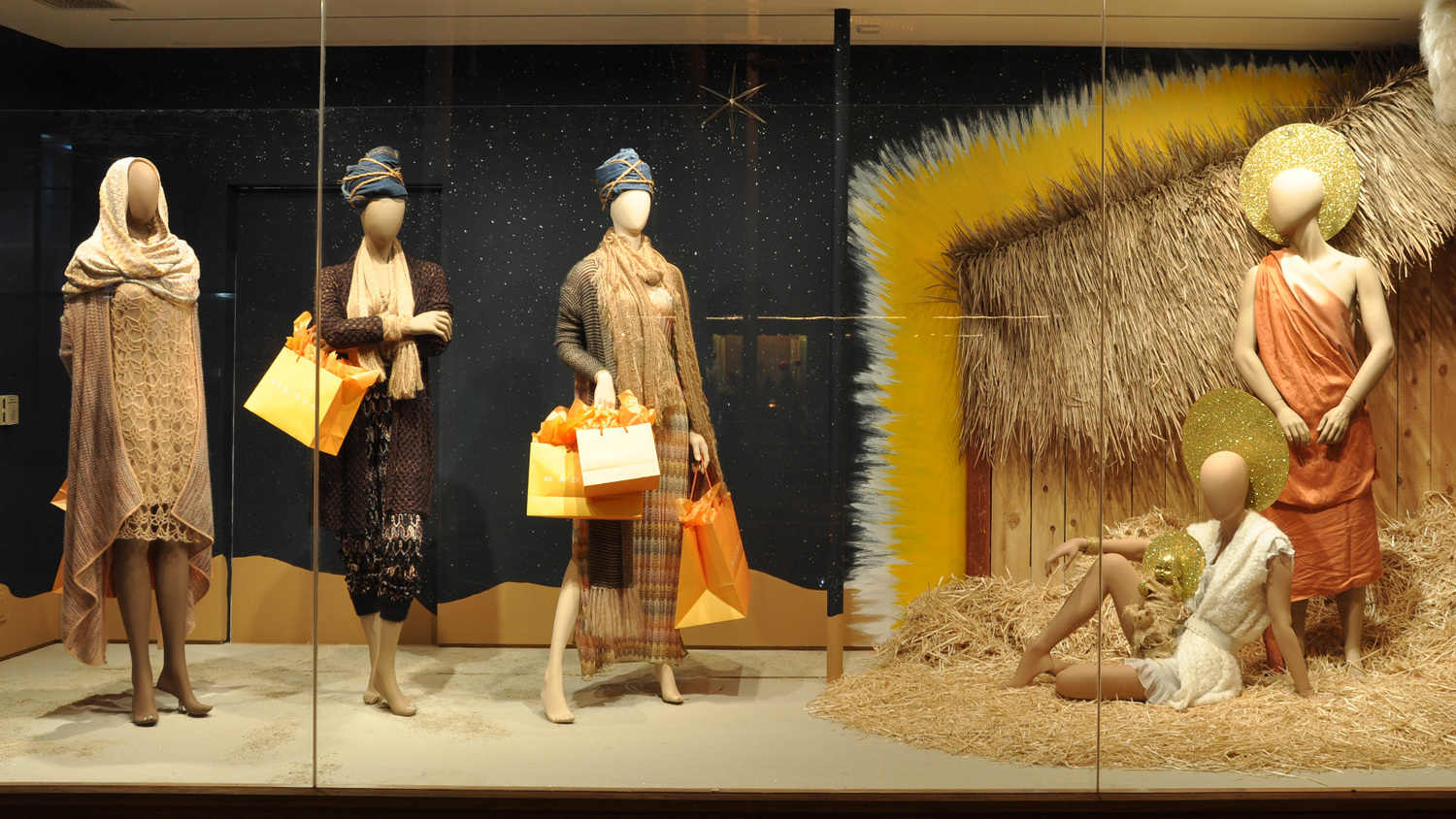 This is his version of a “nativity scene.” When we sold him the reclining mannequin we had no idea she would become Mary holding a baby Jesus. And the fact that Mary looks a little sexy (versus virginal) generated a lot of publicity.

Chad is one of our best customers, buying truckloads of mannequins at a time. What he does with our mannequins is always unusual, never boring. Doesn’t it look like the ballerina mannequin is strangling the Nutcracker in this window display? 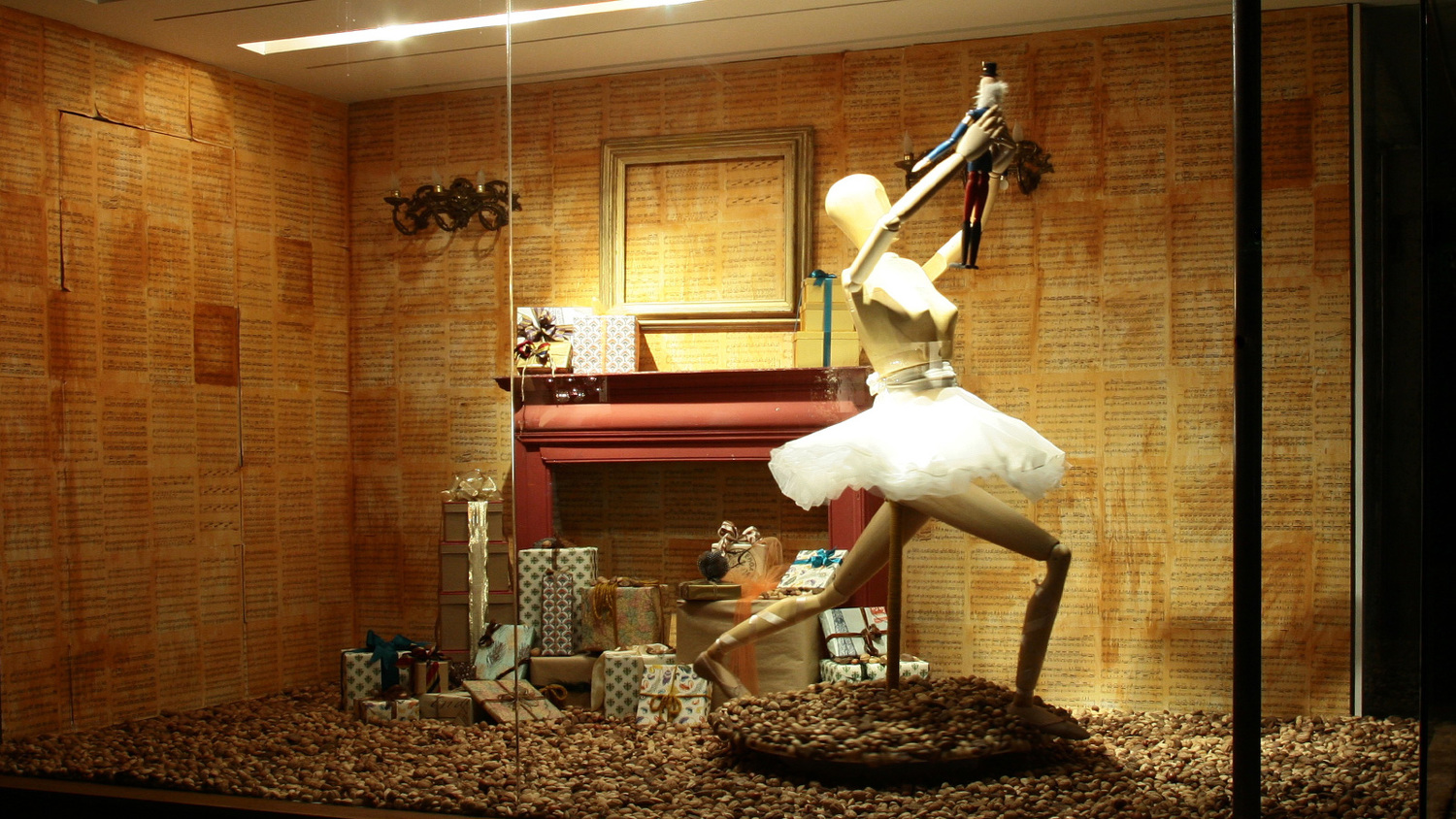 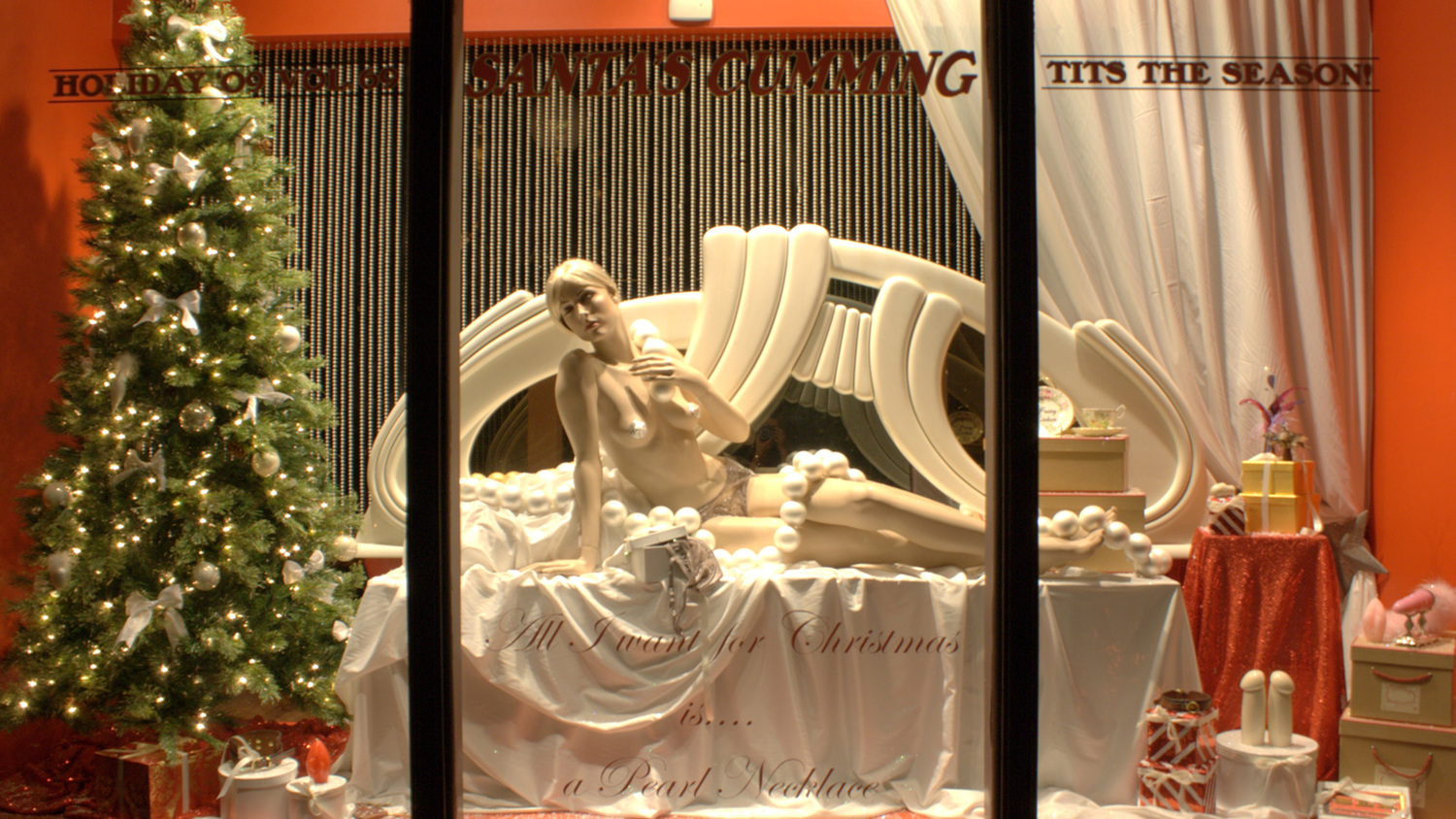 When was the last time you saw an optical store do anything interesting in their windows? Most of the time they just stick some mannequin heads in the window and call it a day. 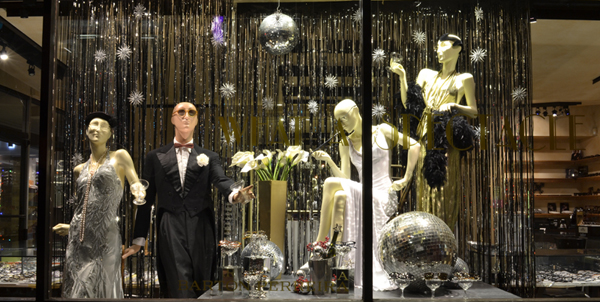 To celebrate the retro-inspired glasses they sell retailer Dan Deutsch, had Chad create a nostalgic window display to represent the jazz age. (Kinda jazz age mixed with disco if you ask me). They understand that if you want to make an impact with your windows, you need mannequins, props and a theme.

And even now and then, for certain customers even Chad has to do a traditional holiday display. 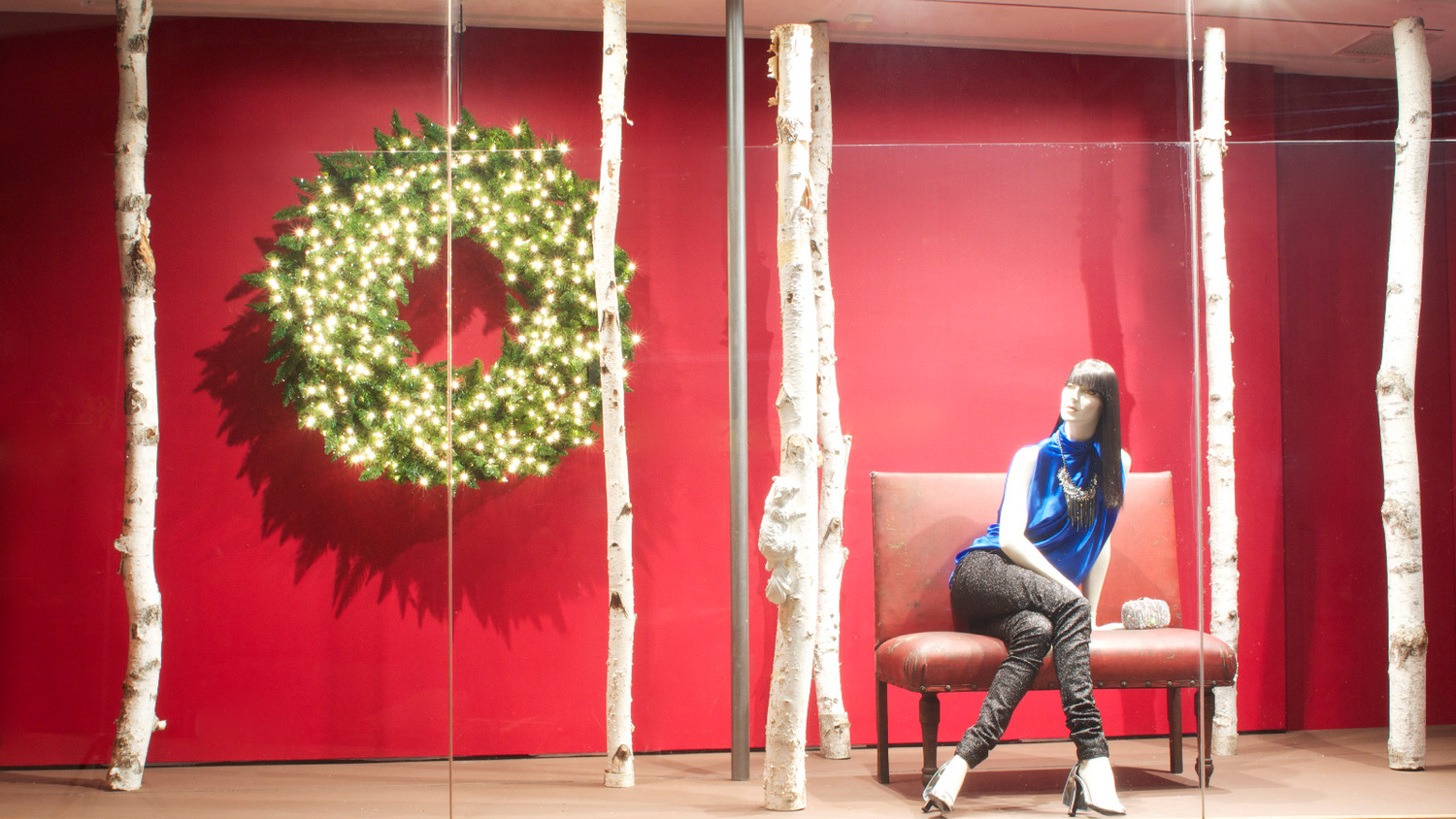 But traditional doesn’t have to mean boring, as is the case with the display with just a mannequin, a string of lights and the right signage.