These window displays from Victoria Secret in London during Xmas. They are called “Christmas Angels” 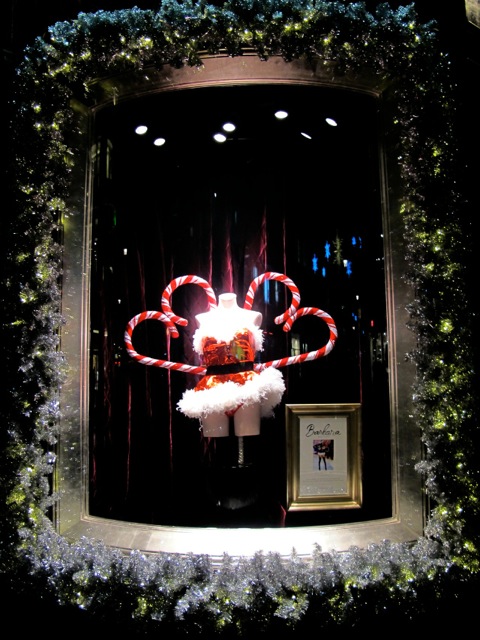 Instead  “angel” has candy canes instead of wings – wonder how they fly?

This one reminds me of an Alexander McQueen outfit, versus lingerie. 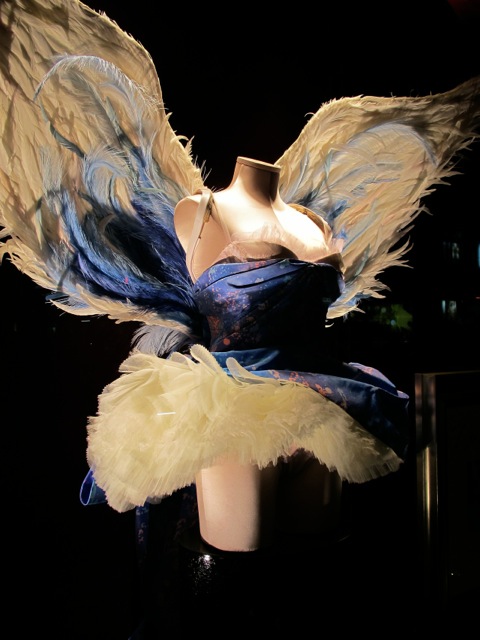 Victoria Secret got in trouble a few years ago with window displays that were too overly sexual. But now that they are using headless torsos in their windows instead of realistic mannequins with faces, they seems to have gone the other extreme. 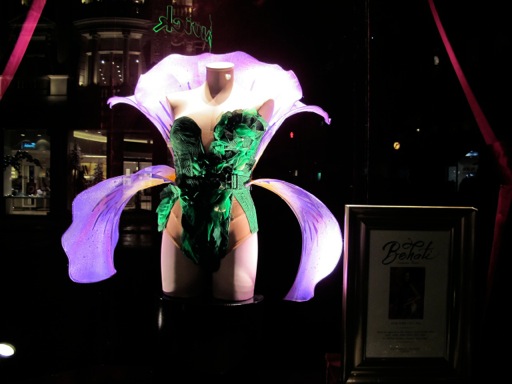 These displays seem more like something from Rupaul’s Drag Queen Revue. Entertaining?  yes, Sexy? No
We have to admit we are a little upset with Victoria’s Secret because when we heard that they were getting rid of their realistic mannequins we tried repeatedly to reach them to recycle their mannequins for them.
They were totally unreceptive and we heard through several sources that they destroyed the mannequins – meaning they were thrown in the trash and eventually ended up in landfills – instead of the eco friendly alternative we offered them. So they are not on our list of favorite retailers.
0