Share
Share on Facebook Share on Twitter Pinterest Email LinkedIn
Plus size mannequins are like the “loch ness monster”. Rumored to exist but rarely seen. At best they are segregated to those stores that sell plus size clothing exclusively.
This photo of a plus size mannequin in a retail store in Sweden has received an avalanche of recent publicity despite being old news. The photo appeared online almost a year ago. 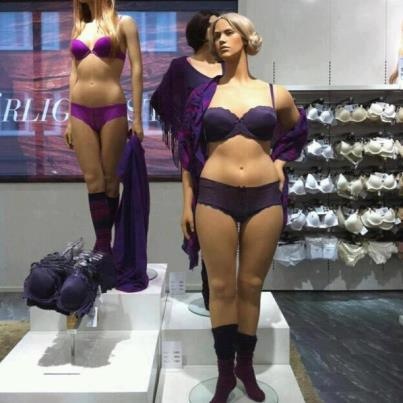 But when the photo was posted this month to the Facebook page of  “Women’s Rights News” it received more than 53,000 likes, shared more than 16,200 times and had over 2,800 comments.The Today show blog and other media outlets picked up the story.
But here are some shocking and sobering & truths about plus size mannequins:
– This plus size mannequin was widely to believed to be from an H&M store in Sweden. The chain received major (unwarranted) kudos for putting a plus size mannequin next to a slender mannequin – wearing lingerie no less! But the mannequin was NOT in a H&M store at all.  It was in a small independent store called Ahlens. Independent stores are the ones more willing to do something unconventional like this.
-Although everybody talks about wanting to see mannequins in stores with bodies the size of average women it is not likely to happen. 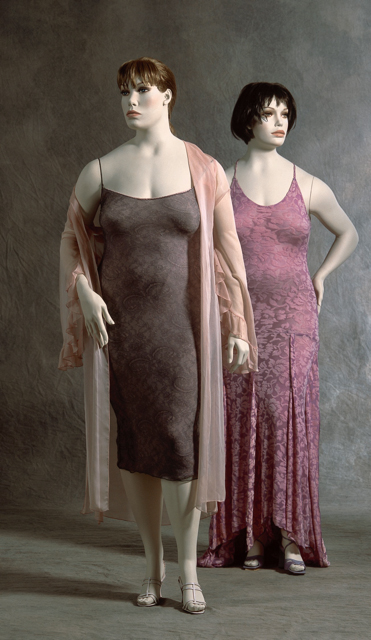 A few years ago  Spain and Italy banned models on the catwalk below a certain body mass index as a result of the death of Brazilian model Ana Carolina Reston from anorexia. Did we suddenly start seeing more generously sized models in fashion shows and fashion magazines? NOPE.
We’ve been blogging about mannequins and body image since 2009 to try to make people more aware of the impact that mannequins have on body image and self-esteem. Every now and then a retailer displays a plus size mannequin, gets lots of media attention for it, but then they go back to business as usual with skinny mannequins.
Mannequins, like the fashion industry in general, is about “fantasy” not reality. And “young, tall, thin and white” is what we are taught to fantasize about.

In the 10 years that I have been selling new and used mannequins, our plus size mannequins and dress forms are our slowest sellers. SUPER slow. Almost, “don’t want to stock them” slow.

And given that the majority of mannequins are no larger than a size 6 ,this means that even a size 10 is veering on plus size in the world of mannequins. The mannequin torso in the photo below is our most popular plus size mannequin and her measurements are: 36″  25″ 36″. Hardly a “plus” size. 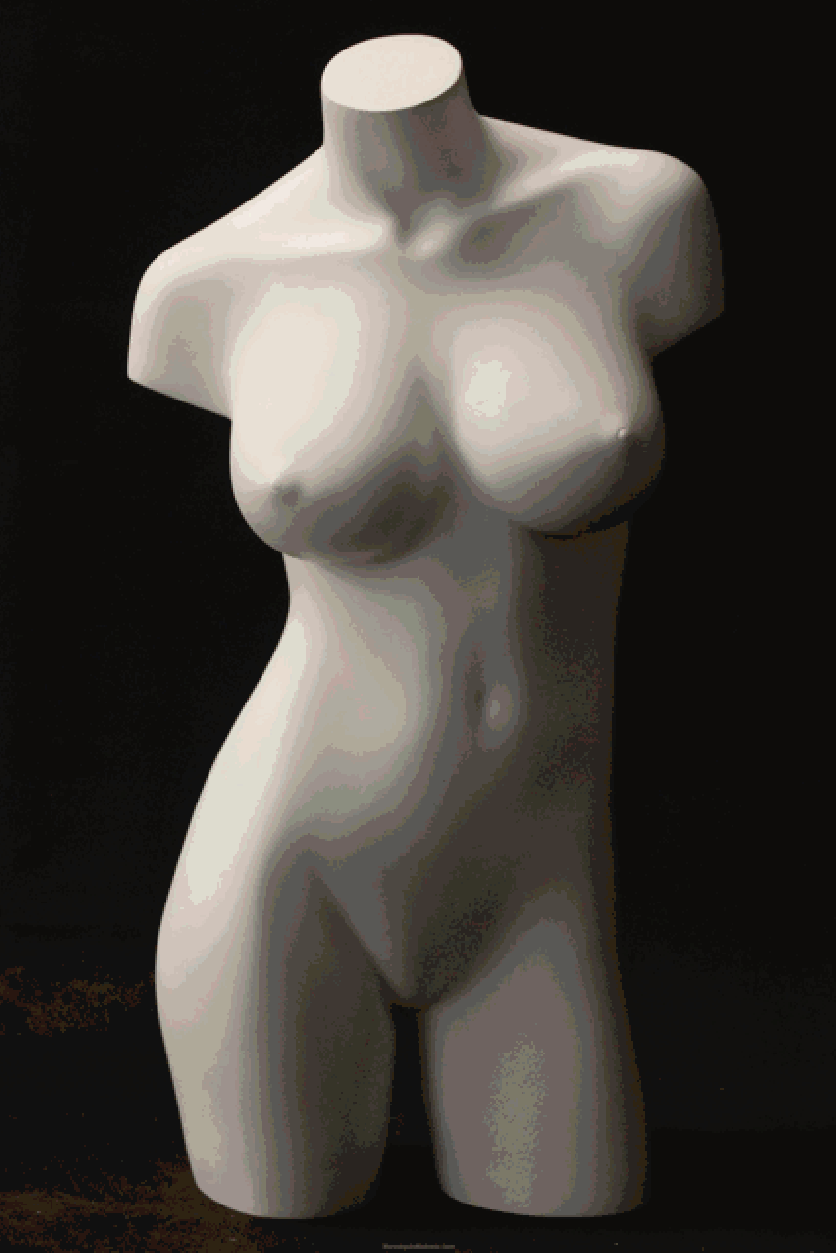 I became aware of how unusual it was to see a plus size mannequin when I started recycling mannequins for a variety of retail chains. Initially I was happy on the rare occasion that we acquired a “gently used” curvy mannequin from Nordstrom, Talbot’s or Macy’s. (Of all the chains we’ve worked with, these retailers are the only ones that had plus size mannequins)
Those mannequins sat in our warehouse, because our customers – even those who sold plus size clothing – were reluctant to purchase them.
So despite the popularity of the Swedish Plus Size Lingerie Mannequin, it’s doubtful that other retailers will follow suite
0

we want to buy plus size mannequins for men and women