When Mannequin Madness launched the “Craft Room of Your Dreams Contest” on Pinterest, we knew that someone else would need to do the judging for the three prize winners.

We admit we are biased and we would ONLY look at craft rooms that had dress forms or jewelry forms in them. So we decided to pick four judges from the design community.

One of the judges is a talented jewelry designers. So talented,  that every time I go to her  trunk shows I buy several pieces even though I say I am only going to buy one. I find her jewelry irresistible! 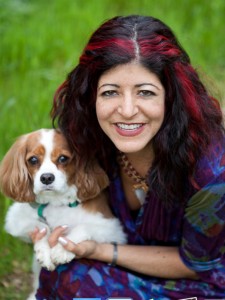 For more than 17 years, Keren Barukh Torman has been creating exquisite one-of-a-kind jewelry that she sells a trunk shows and high impact events like the Grammy Foundation Starry Night hosted by Paul McCartney and Yoko Ono. 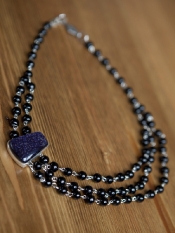 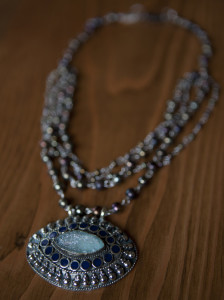 In addition to being a jewelry designer Keren, is a fine artist whose medium is oil painting. Keren is about bold, dramatic art – incorporating her deep love of art and materials to be found in other cultures.

Speaking of other cultures, Keren’s heritage is Jewish but she was born in Iran. Then lived in Israel but moving to California. Talk about having to adjust to wildly different cultures!

She grew up in Walnut Creek, California where her olive complexion and curly hair stood out like a sore thumb in a sea of blue eyed blondes.

Keren and I share the common bond of feeling like a fish out of water from our classmates and wishing we could blend in. Now as adults some of the very things that made us different is know what we most celebrate and like about ourselves. 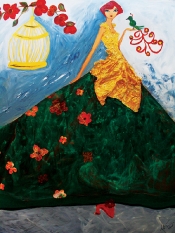 Keren was a graphic designer before she launched her career as a jewelry designer and artist. And she is a Virgo.

Needless to say she has a strong attention to detail so most likely her favorite craft room designs are not only ones that are beautiful, but also functional for a variety of needs. 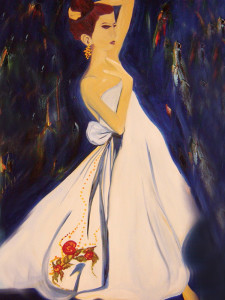 Thank you Keren for agreeing to be one of our judges and good luck to all of you who are entering the contest.