Visuals – whether in a retail store window or on a tv ad – have tremendous power to influence our decisions, actions and attitudes. Sometimes it is not WHAT we see, but what we “DON’T SEE” that leaves the most powerful impression.

And unfortunately, often we we don’t see in retail windows is diversity of mannequins. The vast majority are all tall, thin, young and Anglo. And on tv what we don’t see are interracial families. Neither of these represent the society at large.

I know it is a little dangerous for a small business to use their social media outlets as a forum for their political or social views. But today I am taking a risk. 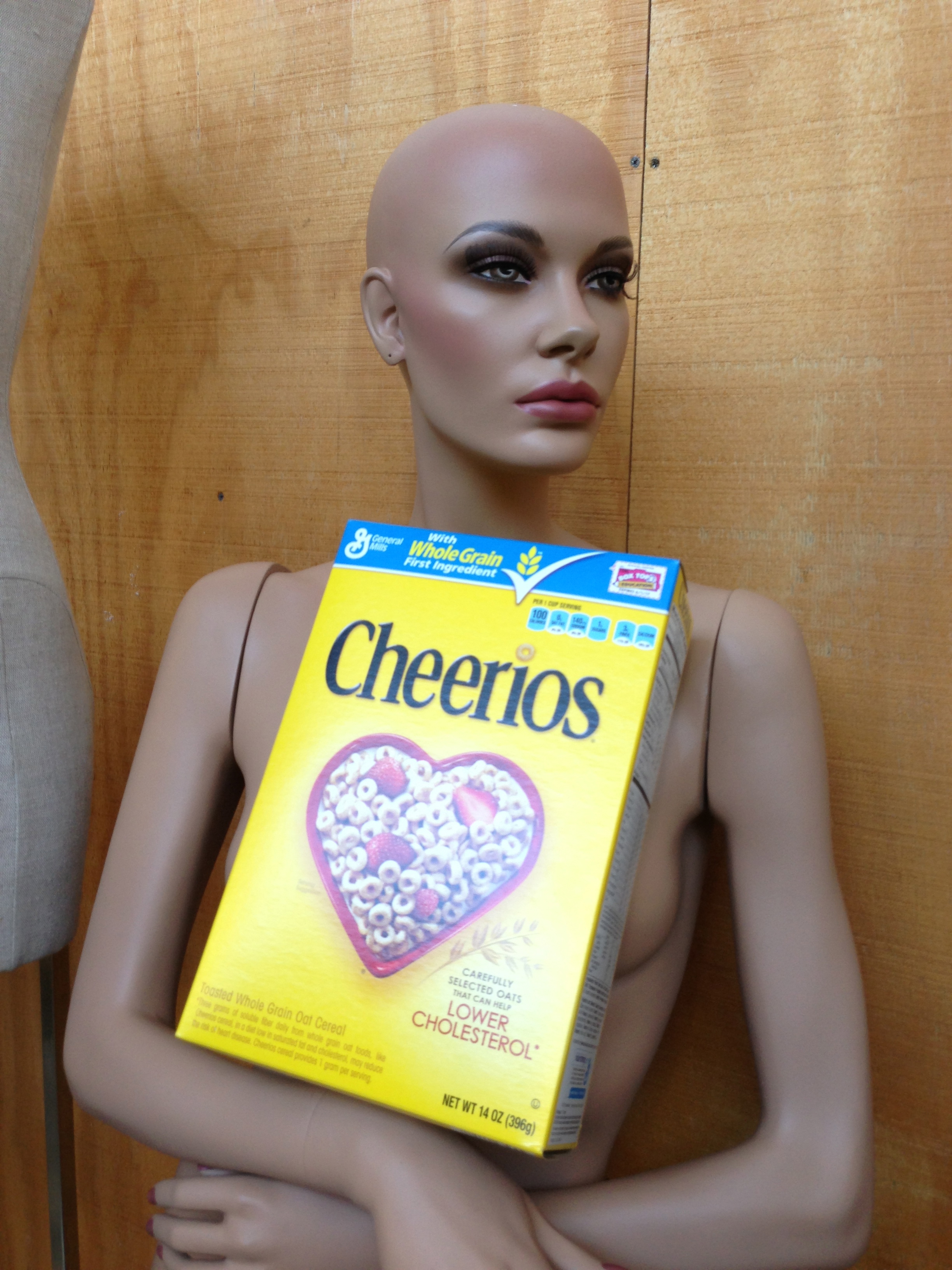 I haven’t purchased a box of Cheerios since I was a kid (I’m over 50 so it’s been a while). I’m more of a granola girl. But today I went out and purchased several boxes of Cheerios – some for my pantry for breakfast food and some to use as a visual merchandising prop in my mannequin warehouse. Why?

Because of this commercial.

Normally I don’t fall easily prey to the influence of tv ads. Actually I rarely see tv ads because I use my cable DVR to record my favorite shows and then zip through the commercials. But because of social media I hear about ads that are noteworthy, like the Cheerios ad.

Granted I live in the SF Bay Area and when I go to the local farmers market it is rare to find more than a handful of kids under the age of 6  who are NOT “mixed” with two or more combinations of Pacific Islander, Asian, Hispanic, Black or White heritage.

So an interracial family (or a gay family) is almost the norm to me.  Also cross-racial adoptions were happening here long before celebrities like Sandra Bullock and Charlize Theron started doing it.

When I spent some time in London two years ago I watched a little tv when exhausted from sightseeing. It caught me by surprise to see so many programs and ads featured interracial and interfaith families. That’s when I realized that these images were missing in action on American tv.

I sent the ad to a friend who is in an  interracial marriage. She said:  “No more generic O’s for us…strictly name brand from now on. Yay for Cherrios–they left out the hip-hop beat, the urban style, and just made it about a girl and some cereal instead of hyper-glamorizing an “exotic” couple. Thanks guys. Today, I feel hella normal. lol”

This interracial issue is personal for me too. I have a cousin (I am African American) who married an Iranian man – over 20 years ago, in the south (Tennessee). The fact that he was a non-black foreigner was bad enough. But this was shortly after the Iran hostage situation and everyone in the family thought she was marrying a terrorist, religious zealot or someone scary. Publicly we all smiled at their wedding, but behind her back we were alarmed, concerned, taking bets on how long the marriage would last.

She is still living in Tennessee (not the most liberal place in the US), still married and has two wonderful sons who are attending college. All of my other cousins who married “within the race” are divorced.  Not to say that interracial couples don’t get divorced, just saying that I learned from her a different perspective about love and race.

Some of the complaints about the Cheerios ad are not about the interracial family but the fact that General Mills uses genetically modified ingredients. Which is NOT good for the heart like the ad infers. While this might be true, I bought the boxes of Cheerios anyway. I don’t intend to eat them all, but by purchasing them, I am showing my support of Cheerio’s bold step in advertising.

I suggest you do the same.