When Michelle Obama turned 50 this month, there was a lot of publicity about her unique fashion style. The media is still slow to embrace the reality that women can be fashion forward AND over 50. Although Anna Wintour – the editor of Vogue – is in her sixties and considered a fashion icon, you won’t see images of women her age in the magazine itself.

As an entrepreneur in the mannequin industry, I am surrounded all day by thin, tall, youthful “bodies” like this: 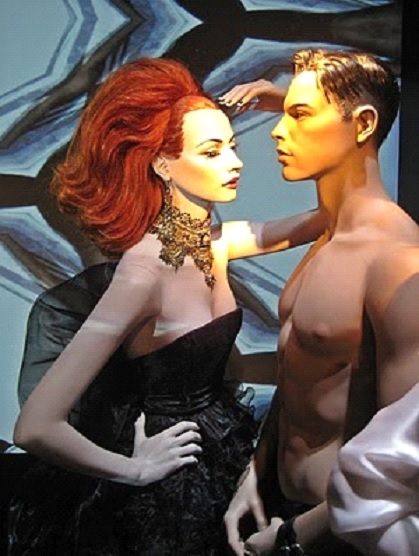 When you look the complete opposite of this ideal as I do (as you can see in the photo below taken when I was 52) it is a bit hard on the ego to be treated as invisible by the fashion industry. Women of ALL ages, sizes and races buy clothing and should be represented in fashion magazines. 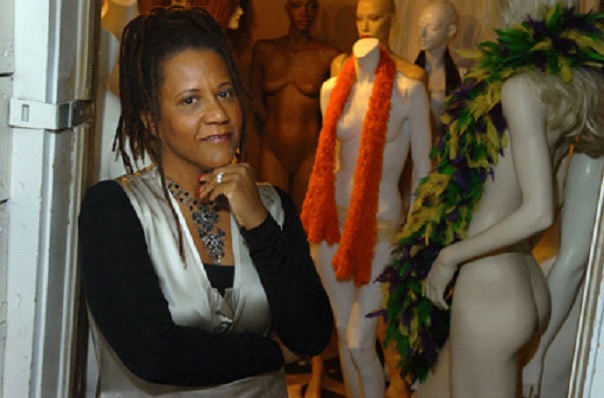 The lack of visibility of women over fifty in the fashion industry, caused me to take matters into my own hands. I created several boards on Pinterest, devoted to images of Women over Fifty and Fabulous (aka WOFF’s not to be confused with WOOF). These boards are even more popular than my boards on mannequins.

Recently I discovered a documentary from the UK called “Fabulous Fashionista’s”that I am excited and want to share with all women who are over 50. It profiles 6 women (with an average age of 80) who have a unique fashion style and are redefining old age and style – without Botox.

Directed by Sue Bourne, the documentary features uplifting, often poignant personal stories and insights about how staying young and dressing with style is more than following the latest trends, but about an attitude to life itself.

It is a VERY inspirational documentary. My only beef is that they did not include ONE woman of color. But this is typical of the fashion industry.

Below are Youtube clips from the film on three of the six women profiled. 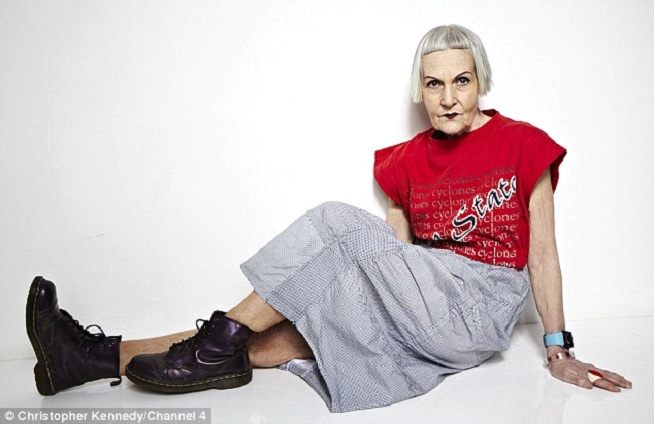 Seventy-five-year-old Jean feels her style is more street than smart. Remarkably, after her husband passed away, she got a job at Gap and became their oldest employee at 70. Now, she works in a boutique in Bath and loves it. Despite having a new knee, Jean also runs three times a week and says: ‘I’m leading a different life – it’s more adventurous.’

If you liked this clip, you can buy the full feature  here and hopefully the documentary will be available on Netflix. Here are more profiles 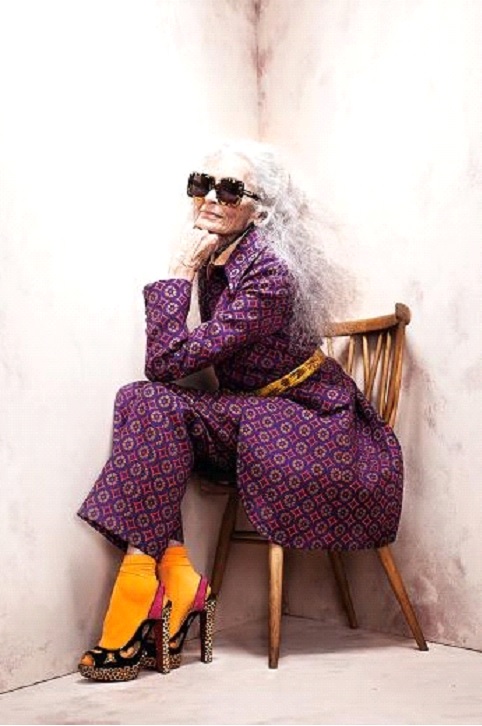 Daphne is Britain’s oldest model at 85, but was only re-discovered when she was 70 years old. Recently widowed, she was invited to do a fashion shoot was soon signed up by a leading model agency. She has travelled the world and become the iconic face of older models. Daphne says: ‘I’m now 85 and I think [about] when I get old… but so far I haven’t got old’.

Bridget, aged 75, looks a million dollars, but her clothes and accessories come from charity shops and she survives on just £100 a week. Her most expensive recent purchase was a pair of Doc Marten boots for £4. Bridget has been a campaigner all her life and does not intend to give up now – taking on the task of raising the profile of older women. Bridget says: ‘Style, as one gets older, is more noticeable. How I look is to do with my identity and the fun of it. It’s nothing to do with looking younger.’ 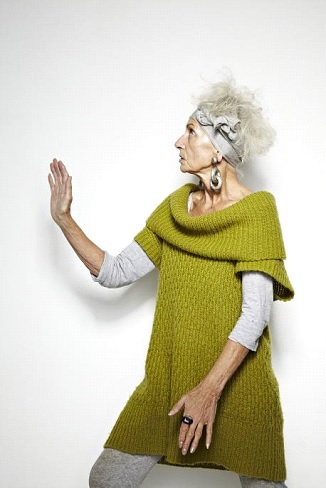 Here are short bio’s of the three other women featured in the documentary.

The formidable Lady Trumpington, 91, is the oldest woman in the House of Lords and has a wicked sense of humour. ‘The moment you start letting yourself go is the moment when you are old’, she says. Lady Trumpington’s guilty pleasure of browsing through clothing catalogues has almost turned into an addiction, with new clothes being delivered almost every other day.

Gillian is 87 has worked full time since the 1940s when she started as a ballet dancer. A former dancer, Gillian still puts herself through a rigorous daily exercise regime and moves like a woman half her age. ‘You just mustn’t allow the ageing process in’, she says. She most famously choreographed Cats and Phantom of the Opera and due to her job, Gillian spends most of her life in leggings, but loves the opportunity to bring out her wardrobe – including mini-skirts.

The youngest of the Fashionistas is 73-year-old Sue. She is American but has lived in Britain for 30 years. Sue was the hugely successful ‘Queen of Low Fat Cooking’, with a career writing cookery books and appearing on TV. Fifteen years ago, she gave it all up to become an ‘outsider’ artist. Now, Sue makes art, curates shows and even wears her art on her back – ‘released from the tyranny of fashion’ by her very individual rand colourful style.

For more positive, inspirational images of Women Over Fifty and Fabulous, check out my Pinterest boards. (scroll down past all the mannequin boards)