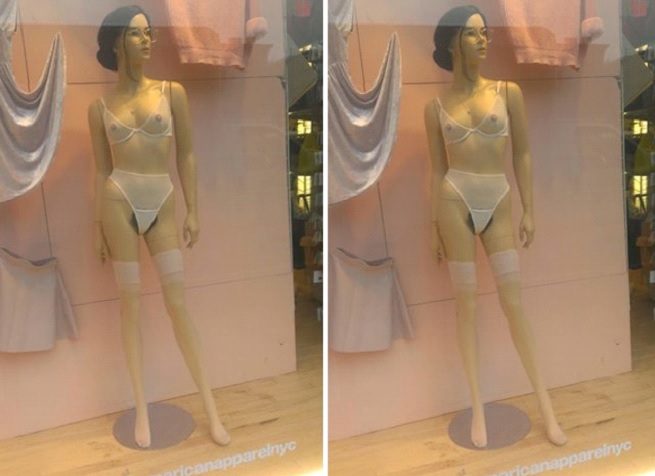 American Apparel has made a name for themselves, not so much for their clothing but for their racy (some say exploitative) advertisements. Now they are using that same tactic for their window displays. 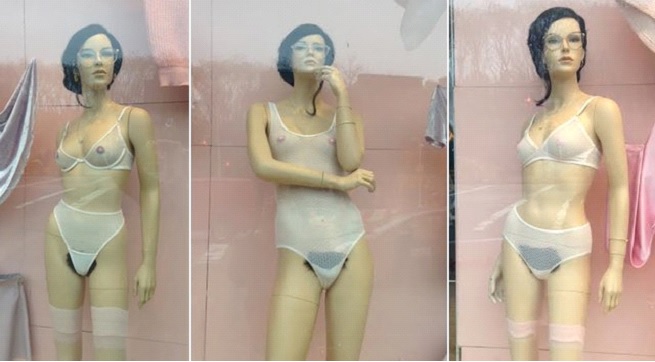 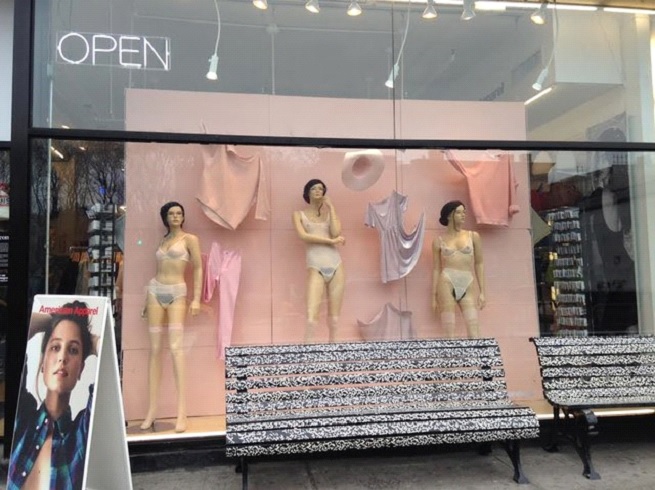 The Huffington Post spoke to an associate at the store, who said that the mannequins went up at 3am on Thursday morning and were meant to convey the “rawness and realness of sexuality.” 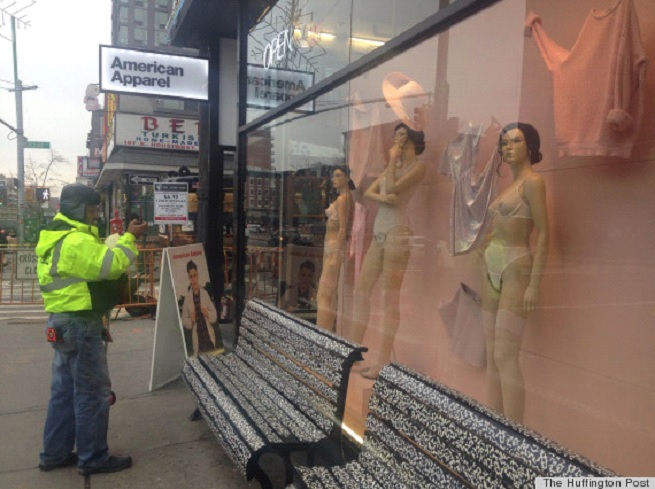 They’re aimed at drumming up sales around Valentine’s Day, and it would appear it’s already working: Curious pedestrians have been crowding around the store taking photo’s.

A spokesperson for the retailers said:”The display was created for that store specifically.” He also passed along this statement: “American Apparel is a company that celebrates natural beauty, and the Lower East Side Valentine’s Day window continues that celebration.

We created it to invite passerby’s to explore the idea of what is “sexy” and consider their comfort with the natural female form. This is the same idea behind our advertisements which avoid many of the photoshopped and airbrushed standards of the fashion industry. So far we have received positive feedback from those that have commented and we’re looking forward to hearing more points of view.” 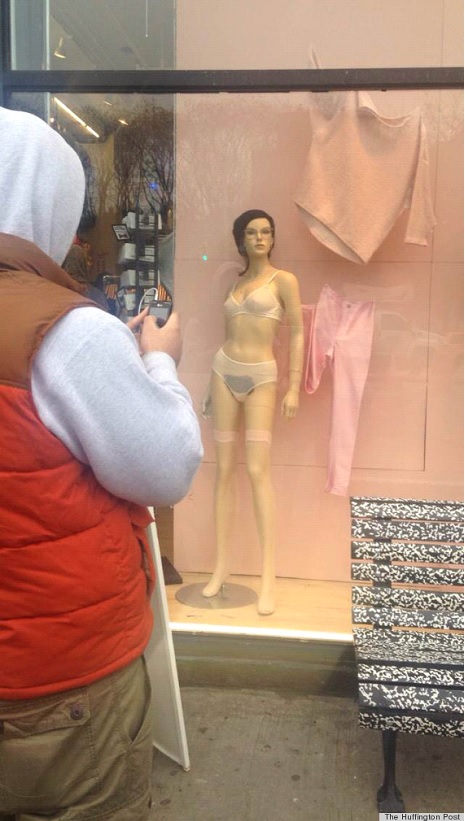 What do you think? Does this window display really encourage you to want to go inside the store and purchase their underwear?