Scenes like this from Downton Abbey remind us of how uncomfortable, (even painful) it was to wear a corset. 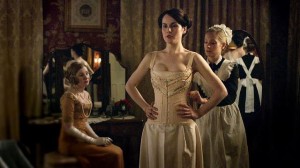 But ironically this show has caused a surge in the sales of our wasp waist corset forms like these.

In the past the primary buyers of these corset forms were museums who were purchasing them to exhibit historical clothing. 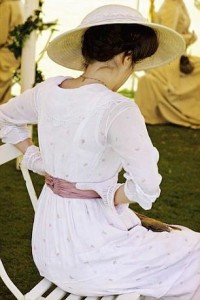 But now Downton Abbey fans are purchasing them just for fun.

We have them available in black or white jersey with a choice of different style stands. 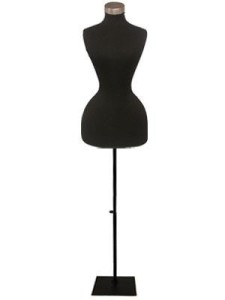 Sometimes our customers put them in the bedroom to display jewelry, accessories or a vintage garment. 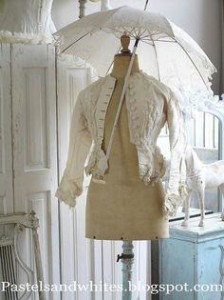 Or they leave them unadorned to display them as an art piece to represent that era. Some might say to represent the torture devices of that era and the social implications this had on women.

Here is a factoid about the corset worn in the Downton Abbey series from the Daily Mail. 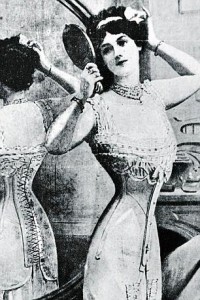 Lady Grantham and her daughters favour the modern, high-waisted corset, which is lightly boned and more flexible than the more traditional design. The corset reached from the chest (flattening the bosom) to low on the hip, ensuring ladies had the right shape for the fashion of the time. 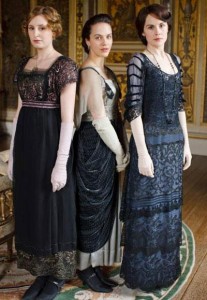 But the corset needed an extra pair of hands to pull the laces tight –and could be very uncomfortable.

Leslie Nicol, who plays Mrs Patmore, says, ‘At the end of the day you’ll see the actresses bent over the kitchen table. It’s the traditional method to relieve the corset –you lie face down with your body flat on the table and it takes the strain off the back.’

Lady Grantham would have had the chance on quiet afternoons to take off her corset and wear a tea-gown before dressing for dinner.

The gown, usually worn between 5pm and 7pm, had a simple cut that meant women could get in and out of it without help.

This gave rise to the French phrase ‘cinq àsept’to denote illicit sex –lovers were received then because a maid was not needed for undressing.