Both Rihanna and Mannequin Madness have a connection with Chinese designer Guo Pei. Let me explain.

The right dress on the right girl at the right place creates a trifecta of attention. That is what happened when Rihanna (right girl) wore this ensemble (right dress) by Guo Pei at the Met Gala (right place) last year. 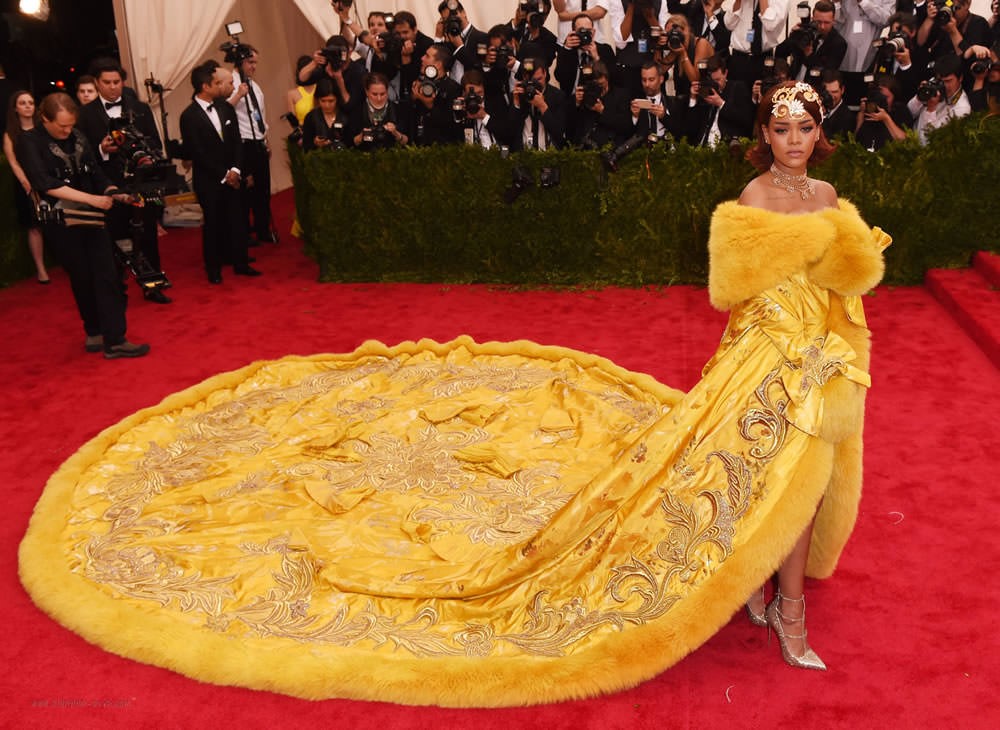 And when MAC cosmetics collaborated with the designer for their Guo Pei collection of cosmetics they sponsored a big exhibition and launch party at the South Coast Plaza in Orange County. 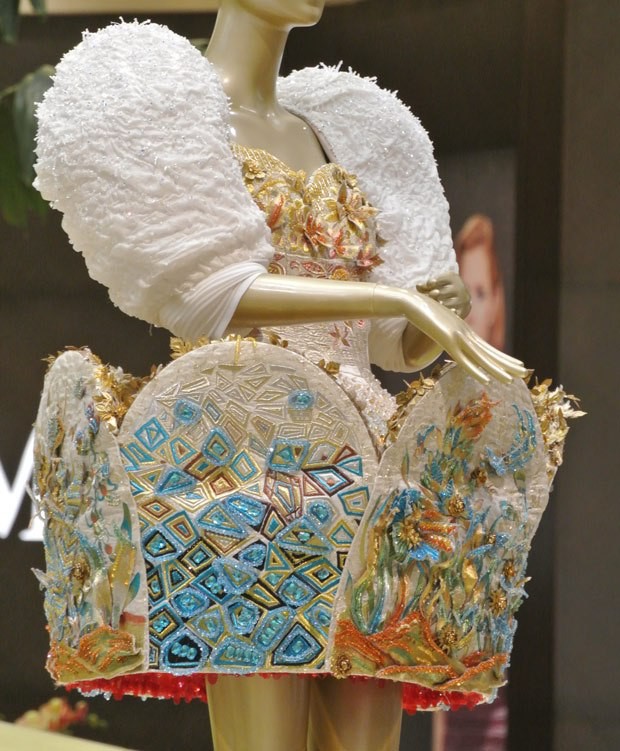 The launch party had four exclusively designed haute couture gowns, created by the Guo Pei (each dress took more than 10,000 hours to create!).

And the vendor who provided the mannequins to display the garments was us – MannequinMadness.com.  Our contact at MAC ordered our
Gabriella series of mannequins and then had them spray-painted gold.

I guess you could say Mannequin Madness had the right mannequins, with the right poses at the right price and, despite the short notice, we could deliver right on time. 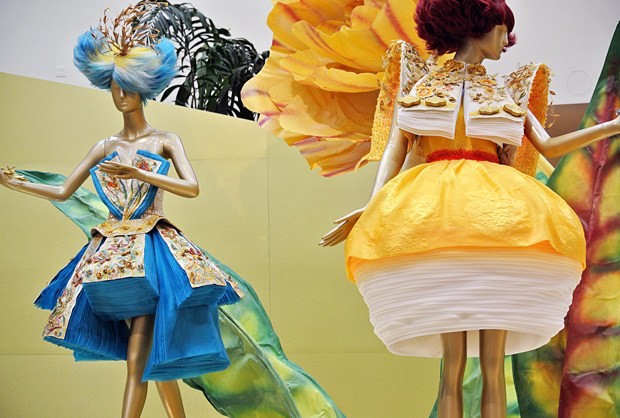 Plus given how heavy Guo Pei’s designs can be (the cape that Rihanna wore was reportedly
over 50 pounds) it was important that the mannequins be sturdy, despite their slender frame. 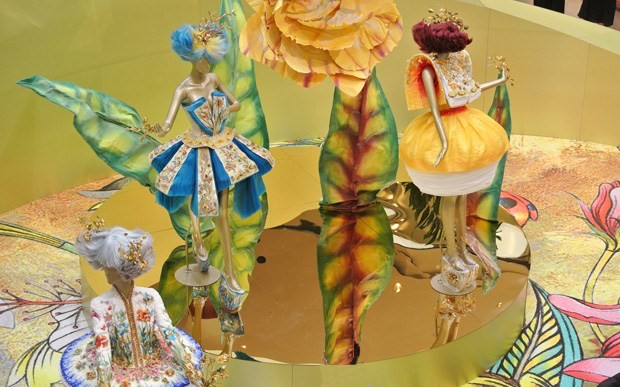 However we did not garner a fraction of the publicity that Rihanna did when Guo Pei’s garments were displayed on her back. Nobody attends a fashion exhibition and says “Look at how beautiful that MANNEQUIN looks wearing that dress!”

So we are taking this opportunity to grab a little of the spotlight by claiming the “six degrees of separation” between us and Rihanna.
“Wow, look at how hot that MANNEQUIN looks wearing that Guo Pei dress!” 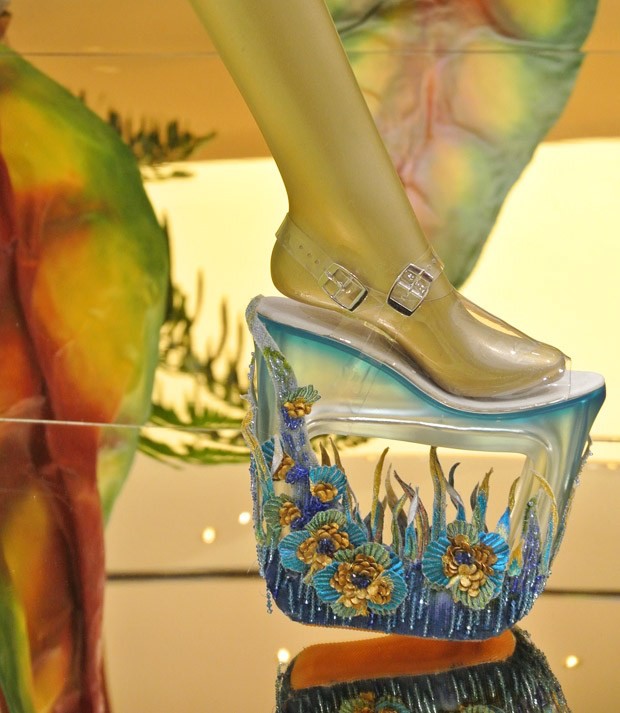 Great Job! I love the article in reference to designer Guo Pei’s couture designs modeled by Rihanna! Impressive gala at the WORLD’s famous MET. Look forward to closely following MANNEQUIN MADNESS in connecting its readers, consumers & merchants to a worldwide network of glamour & style in the industry. I appreciate the bridge that MANNEQUINN MADNESS is building for start-ups & newcomers . We Appreciate your Impact in the industry. Thanks!
Best wishes to All!
DJ-