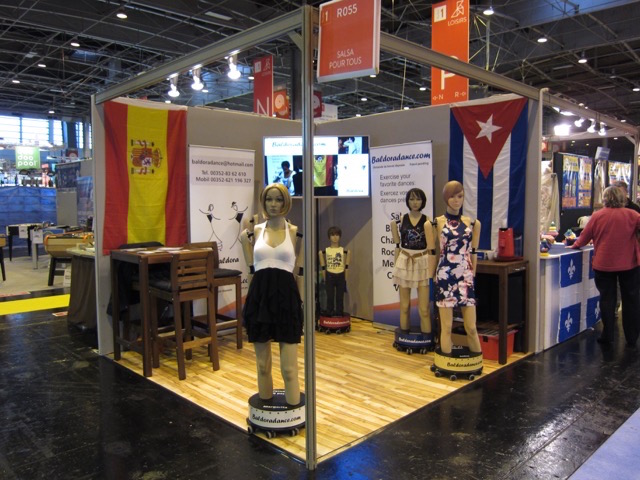 In case you missed it, here is the video of the salsa dancing mannequin that went viral last week on Facebook which was posted by Salsa By the Bay.

As far as the mannequin actually replacing dancing with flesh & blood women, that remains to be seen.

The mannequins are produced by a company called Baldora Dance based in Luxembourg. The mannequins cost 969€ including shipping if you live in the US, so that translates to around $1100 US dollars, which probably puts it out of the price range of most people unless you own a dance studio.

The dance mannequin is a novel concept and seems like it could be useful for practicing turn patterns, although the arm movements don’t completely approximate a real person, and the mannequin does not provide any resistance or tension, which could make practicing certain moves that require a counter balance difficult.

Still, it seems like a useful tool for a school or studio that can afford the high price. What do you think?

At Mannequin Madness we have a few bendable female mannequins  and female dress forms with bendable arms which are similar in style but will require major modifications to the base to make her work.