A bicycle or motorcycle is a popular prop for store displays – even for retailers who are not selling athletic clothing or riding gear. 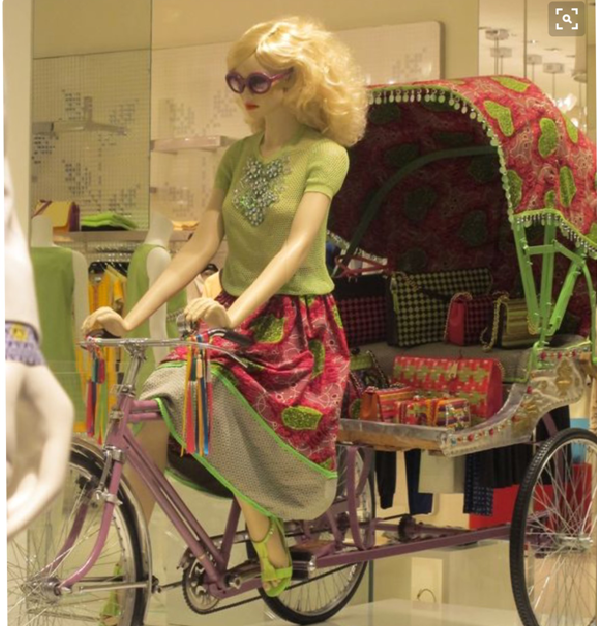 We have a lot of mannequin in athletic poses, but we haven’t found a manufacturer who makes a mannequin posed as if riding a bicycle. There are custom made mannequins in bicycle poses, but they are expensive. 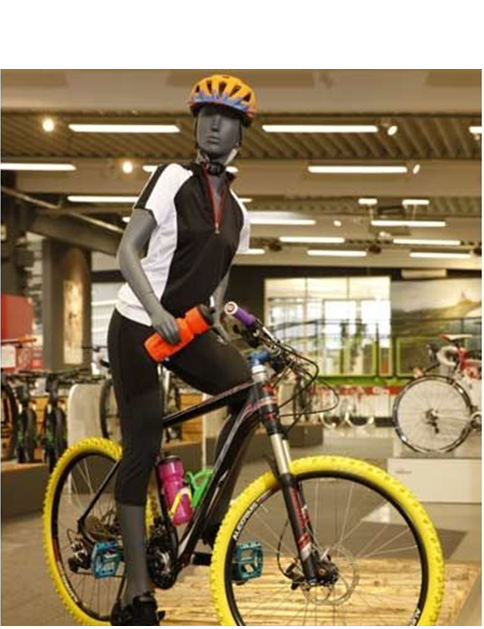 So here are alternatives and creative examples from our Pinterest board titled Mannequins & Bicycles.

The most popular work around is using a seated female or male mannequin and perch them on the seat. 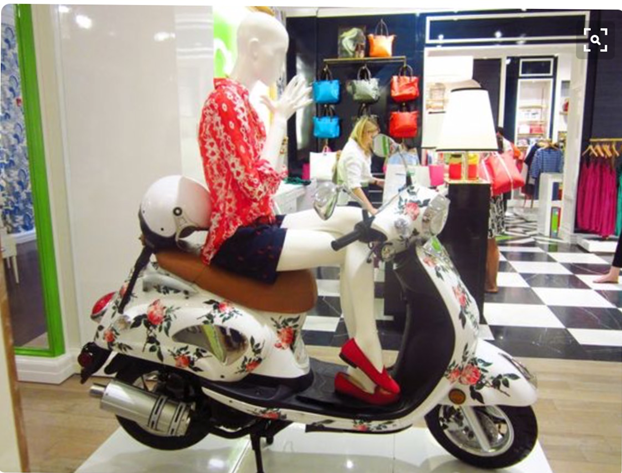 This example below looks more like she is “slouching” versus “perching” the bike. Must have had a hard ride. 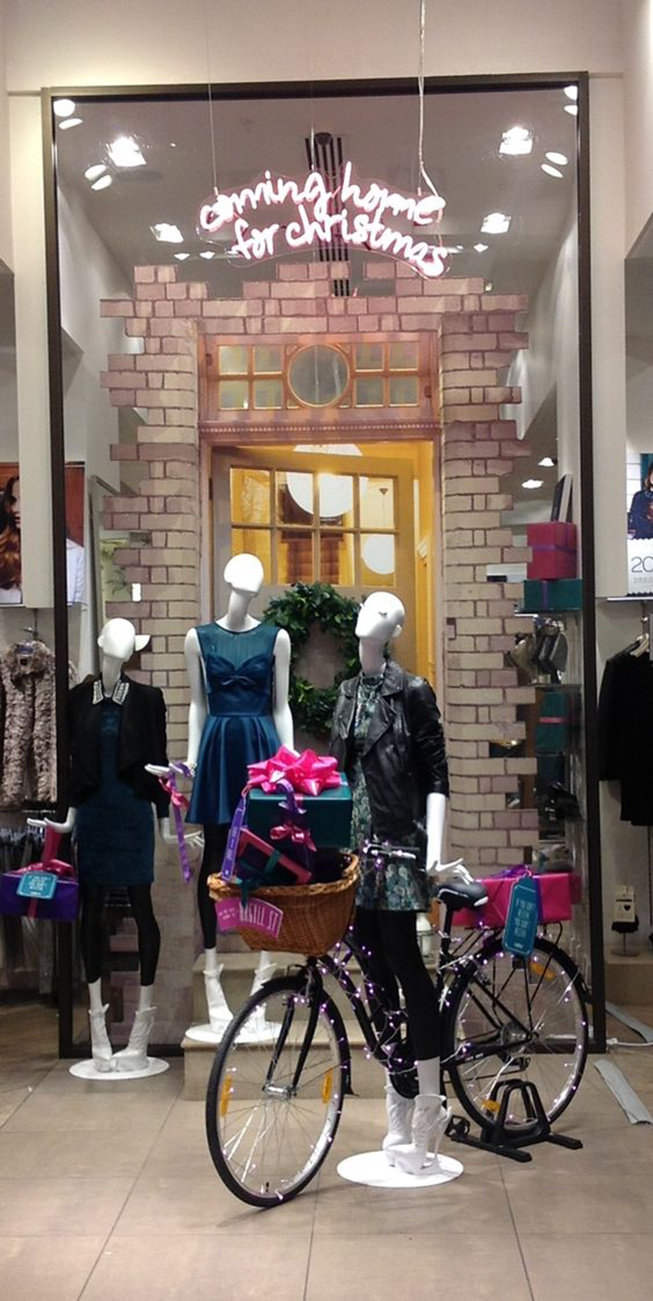 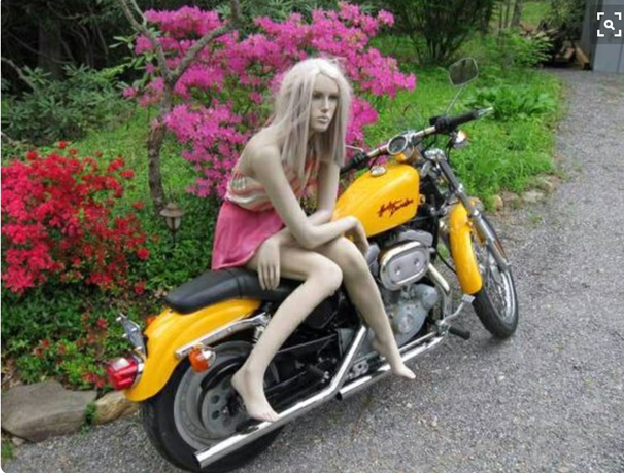 But don’t have to put the mannequin “on” the bike to give illusion that it is riding a bicycle. As you can see in the next photo the mannequin is standing (in heels no less) with the bicycle in
between her legs.

You can also have the mannequin stand beside the bicycle. But not standing beside in a military style pose. 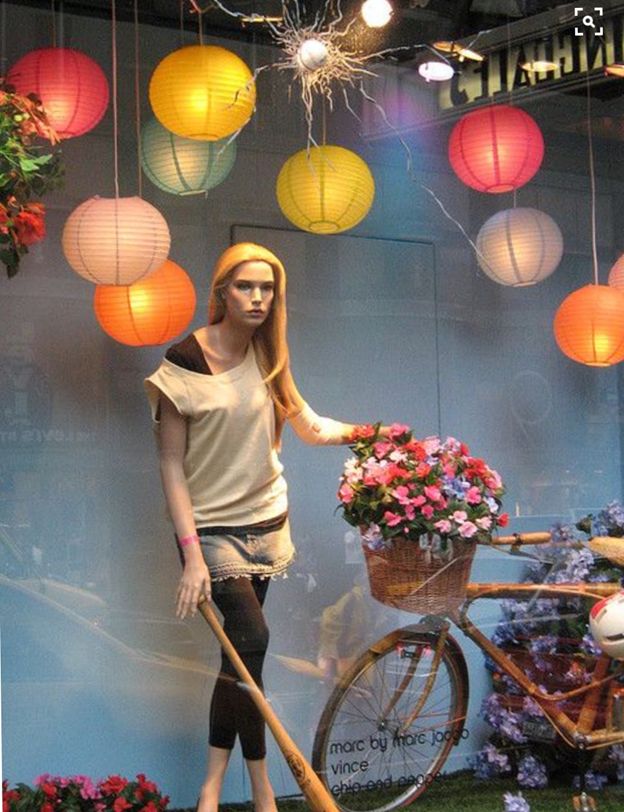 Because her arm is resting on the bicycle this creates a relaxed vibe and a connection as is she just got off the bicycle.

Then are the very non traditional ways to include a mannequin and a bicycle like this one. Really is eye catching an creates a unique perspective on an athletic display 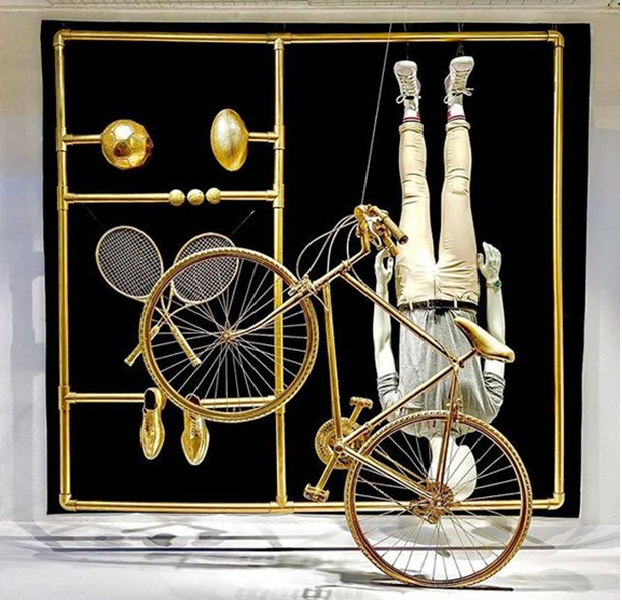 For more examples of see our Mannequins and Bicycles board on Pinterest.