She has been working hard at kick-starting her pop singing career over the past few years.

But it seems Tamara Jaber, 34, has ventured into the realm of performance art, having been spotted impersonating a mannequin at a busy shopping centre this week.

The former wife of shock-jock Karl Sandilands took to Instagram to document the bizarre outing, which involved painting her face an eerie shade of white and posing like a statue in public. She turned to Mannequin Madness  in Oakland to use their mannequin warehouse for posing. 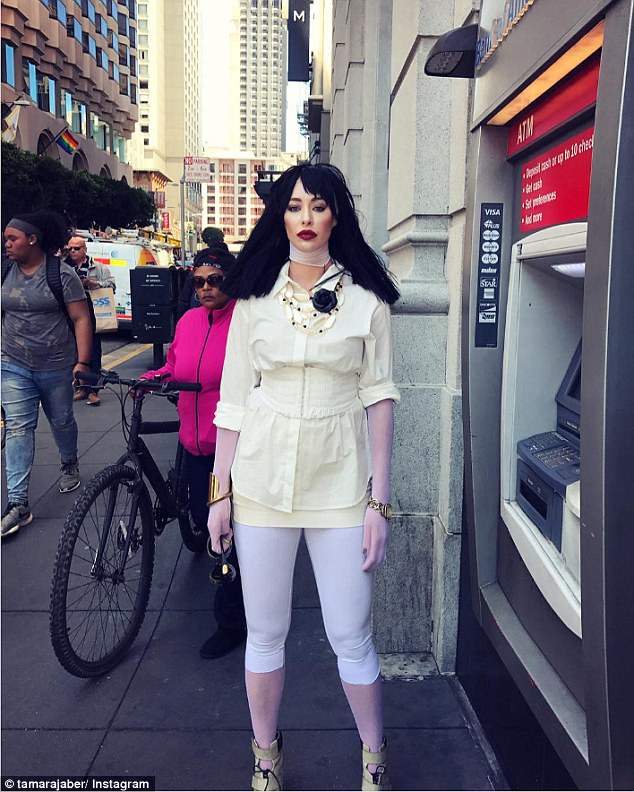 From pop to plastic! It it seems Tamara Jaber, 34, has ventured into the realm of performance art, having been spotted impersonating a mannequin at a busy shopping centre this week

Donning a jet-black wig and bold red lipstick, Tamara completed her plastic-fantastic look by donning an all-white ensemble consisting of a cotton shirt with corset-detailing and capri leggings. 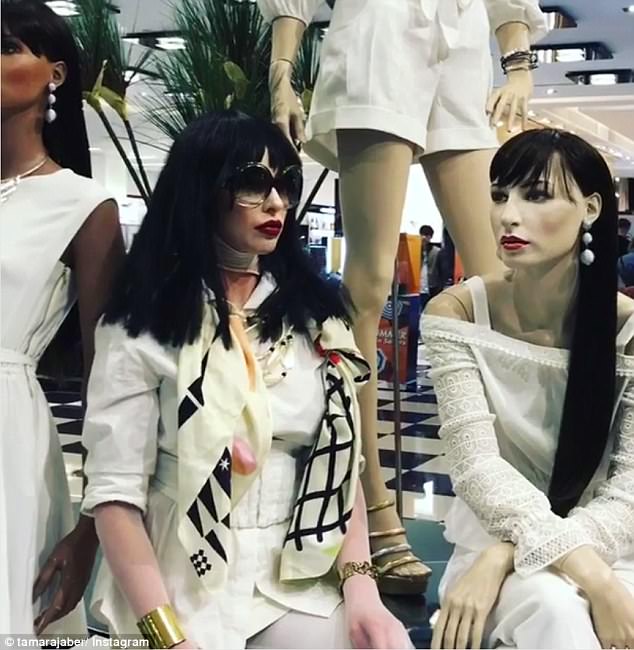 One particularly unusual photo depicts a close-up shot of Tamara’s face covered in what appeared to be a white stocking.

‘I AM MANI’, she wrote in the caption, adding the hashtags #newproject, #iammani, #behindthescenes and #restoreme. 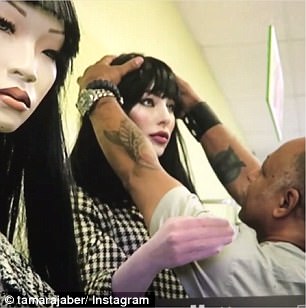 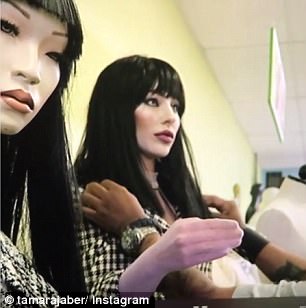 In another image, a glassy-eyed Tamara was pictured sitting in a cardboard box surrounded by broken mannequin limbs and scrunched-up craft paper.

‘Mannequin spa day,’ she wrote in the caption. 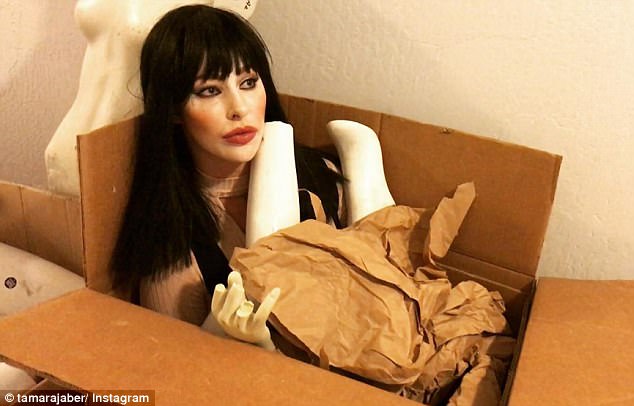 Tamara, who hails from Sydney, is currently based in Los Angeles where she continues to pursue her music career. 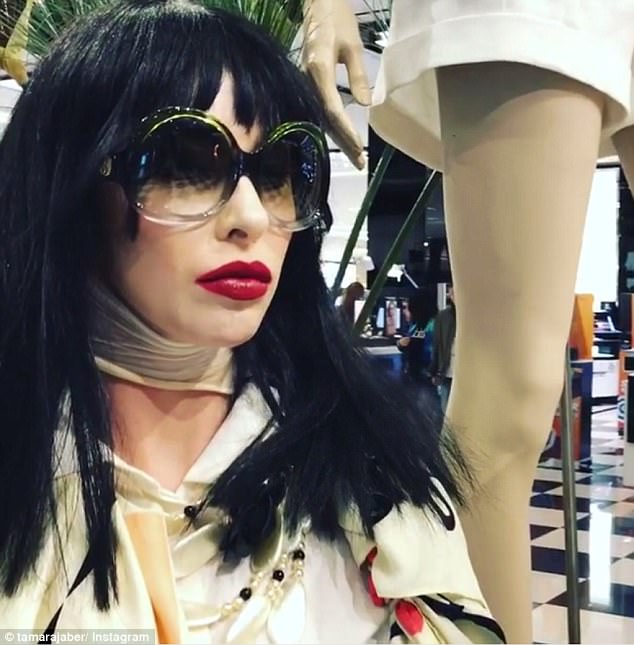