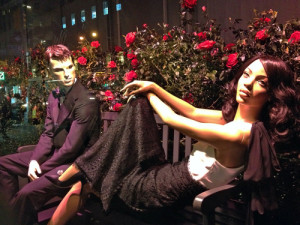 In conjunction with the season premiere of “Scandal” on Oct 2, a series of  window displays with fashions from the show will appear at select Saks Fifth Ave stores.

And the fashions are displayed on mannequins that look like characters on the show. 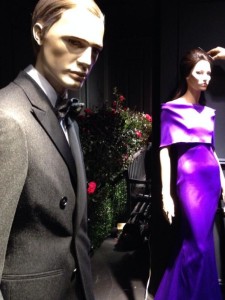 African American mannequins are such a rarity to see in a store window, so this is significant. I won’t quibble with the fact that the so-called Kerry Washington mannequin looks exactly like the Beyonce mannequin that Rootstein created a few years ago. Same face, different wig. 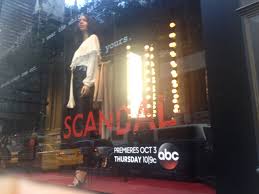 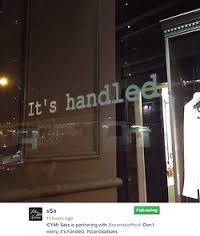 Paolo said of the alliance with Saks,  “I am thrilled to have had the opportunity to work with the Saks team in bringing the ‘Scandal’ characters to life in their windows.

Fashion is such an integral part of the show and for Kerry and I to have had the opportunity to play a part in the creation of the iconic Saks windows is a dream come true, and a truly wonderful creative experience on every level.”

The window displays will be recreated for Saks Fifth Avenue locations in Beverly Hills, California and Chevy Chase, Maryland. 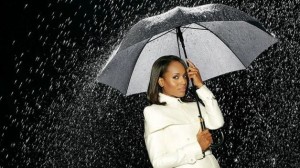 Note: there is a rumor that ABC is considering bringing a Scandal-branded clothing line to Saks for fabulous fashion-loving professionals who want to recreate Olivia Pope’s stellar style.

Here is a link to Kerry Washington’s best fashion outfits on Scandal.