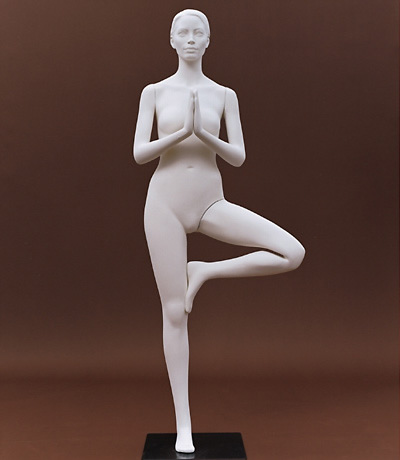 One of first mannequin manufacturers to recognize this trend was Ralph Pucci International. 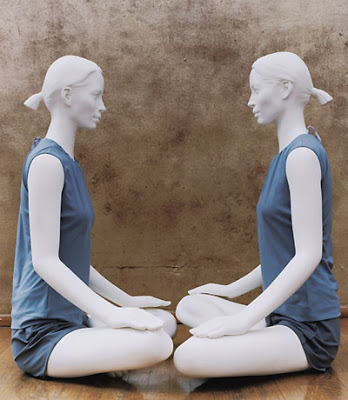 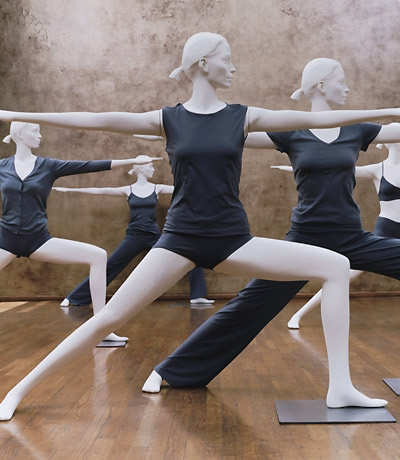 While their mannequins are beautifully constructed, they tend to be heavy, which means they can be cumbersome to dress. And they are expensive! They $1200 and the stand is extra.
About six years ago we liquidated mannequins for all the Niketown stores when the were being remodeled. We acquired about 10 yoga mannequins which we sold for dirt cheap – less than $200. Yoga mannequins were not nearly as popular then and it took us a while to sell them even though they were in impeccable condition. We have never acquired a used yoga mannequin since.
The national retailer Athleta has headless yoga mannequins in their stores. We don’t know who manufacturers their mannequins but we have a manufacturer who provides us with yoga mannequins that are very similar. 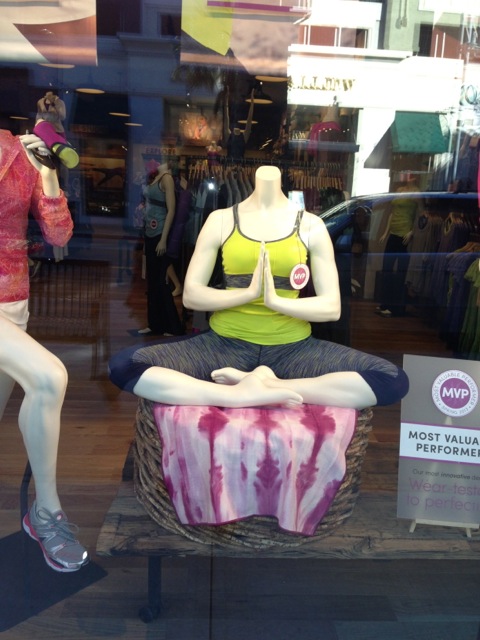 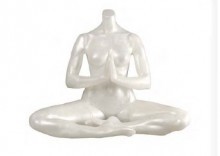 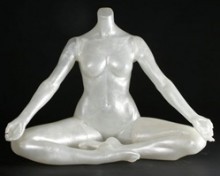 We carry 4 of their yoga mannequin poses. all are headless and cost $550 including the stand)

They are custom made which means it takes anywhere from 4-8 weeks to produce depending upon their production schedule.

We have been told that they will have a yoga mannequin with a head around the 3rd quarter of 2013.
0