One surefire way to grab attention for your retail window displays is to have them either be controversial or about a current event. This is the first in a series of window displays by freelance visual merchandiser Chad Morrisette who is based in Southern California. Chad has a knack for creating window displays that  “make ya look.” 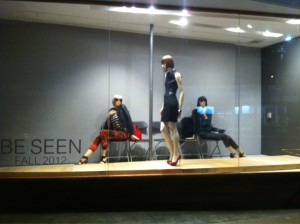 This series of windows are ones he designed to celebrate fashion week. It was a very clever idea to simulate a fashion show, complete with runway and cameras. 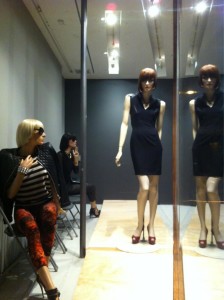 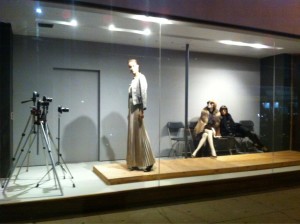 Many of Chad’s retail clients are located in West Los Angeles, a predominately gay neighborhood area where many of the residents work in the entertainment or design field. So Chad has to work extra hard to get the attention of a crowd who has “seen it, done it” and onto the next trendy thing. 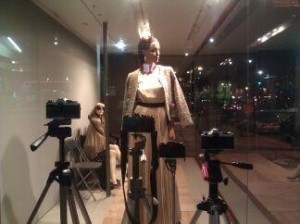 Here is another version of a “fashion runway” window display, this one is from a London retailer. 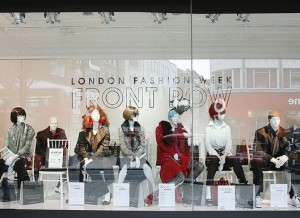