Over 200 mannequins on tiered platforms were used for the exhibition in LosAngeles “Journey of a Dress” celebrating the 40th anniversary of the wrap dress designed by Diane Von Furstenburg. 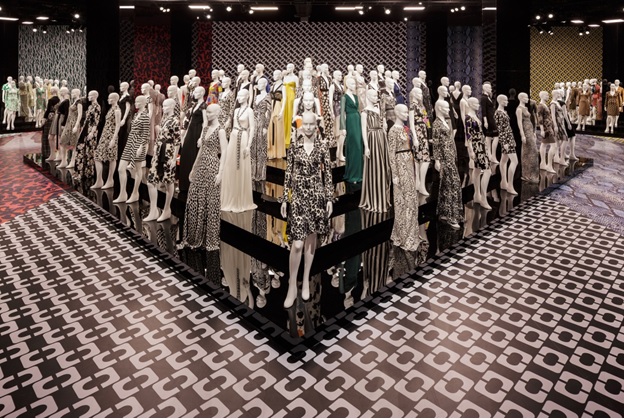 Why asked about this unusual way of displaying her dresses for the exhibition the designer said:

“I wanted a wrap dress army, just like the Qin army of terracotta warriors. I love the idea of the woman warrior, and you see that also in the pose of the mannequins. It’s strong. Strength was the most important thing for me. That’s what I like to get out of women.” 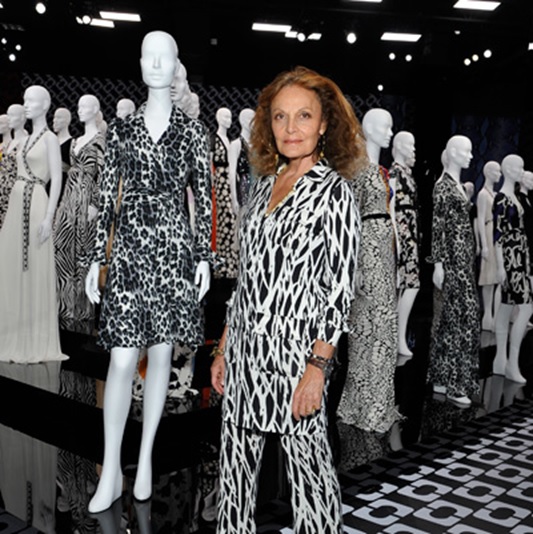 “I never try to make a major fashion statement but I want to be the friend in a woman’s closet,” said DVF.   This is just one of many reasons why Diane is one of my role models. 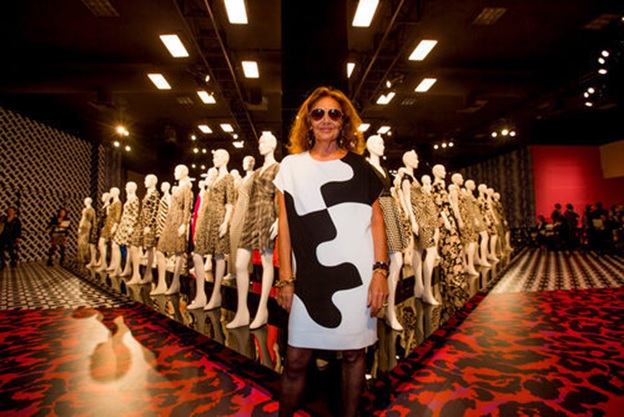 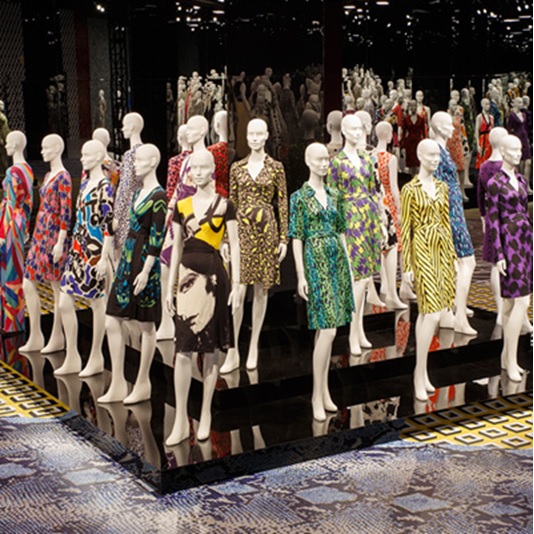 A few years ago I won a $3,000 gift certificate from Diane Von Furstenburg in a Facebook promotion her company sponsored. I wrote a blog about the experience and the 5 reasons why I admire and respect her. 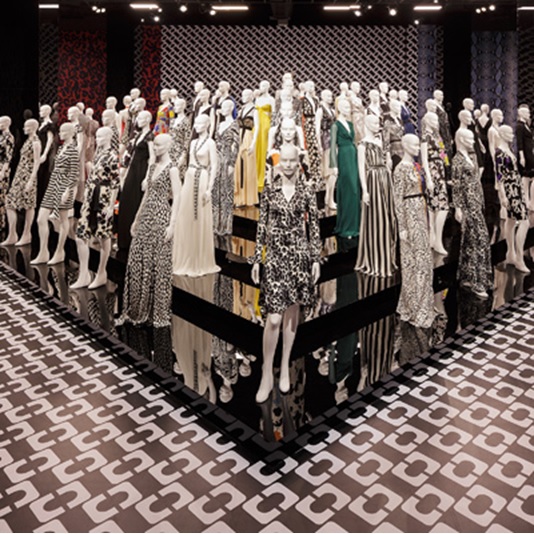