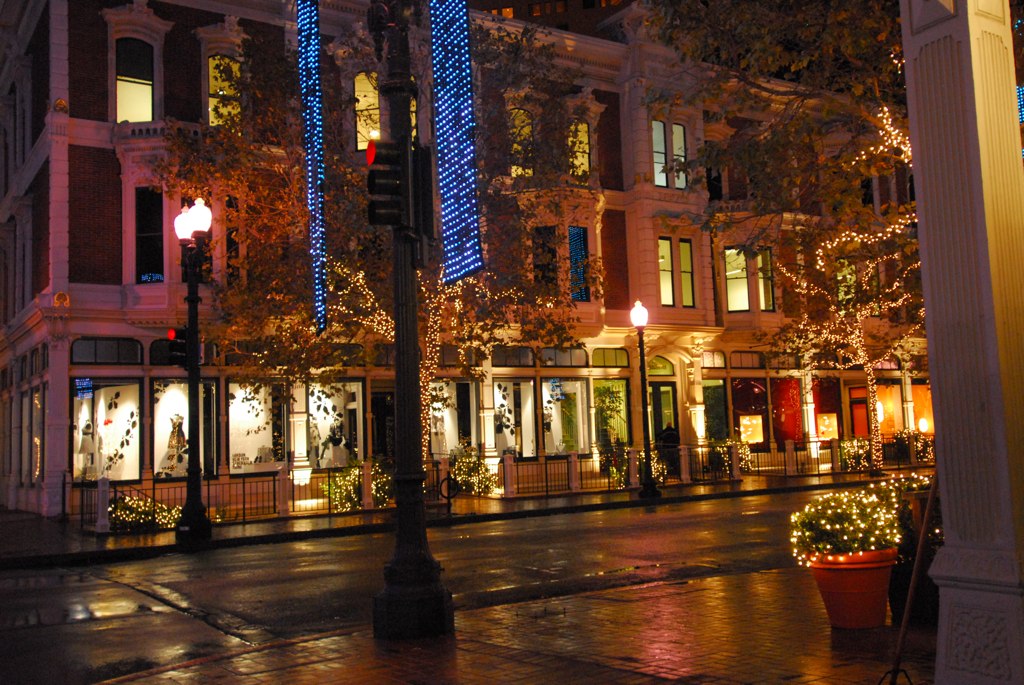 Doesn’t this street look like a hip place to shop? Where do you think it is? London? Stockholm? New York? San Francisco?
Guess again, it is a downtown Oakland. A place not known for having an upscale retail shopping environment.
Yet this is where Ford Motor company decided to shoot a recent television commercial for Lincoln Continental. Gotta give it to the folks at the Oakland Film Commission for getting this plum project for the city. And Mannequin Madness had a minor supporting role. 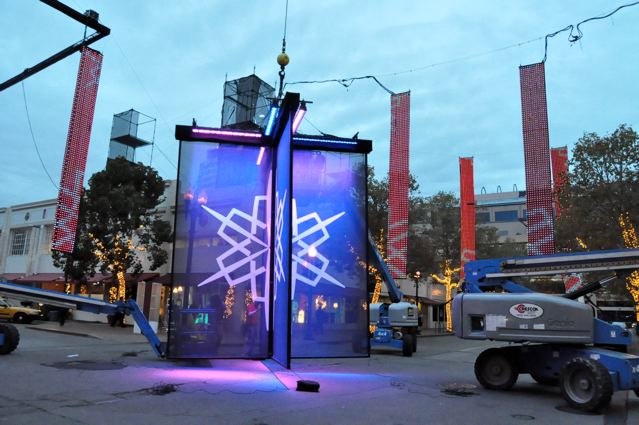 All of the mannequins in the window displays (which is actually vacant building) were rented from our company. 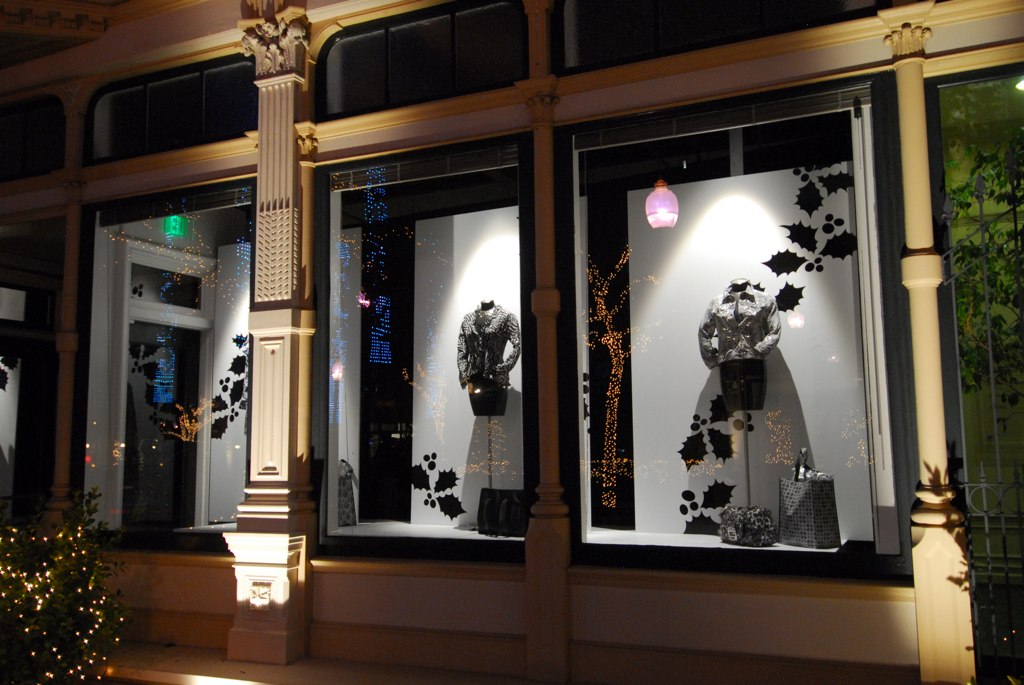 The set decorator did a fabulous job of using props and clothing from Ross to make the set look like an upscale shopping environment. 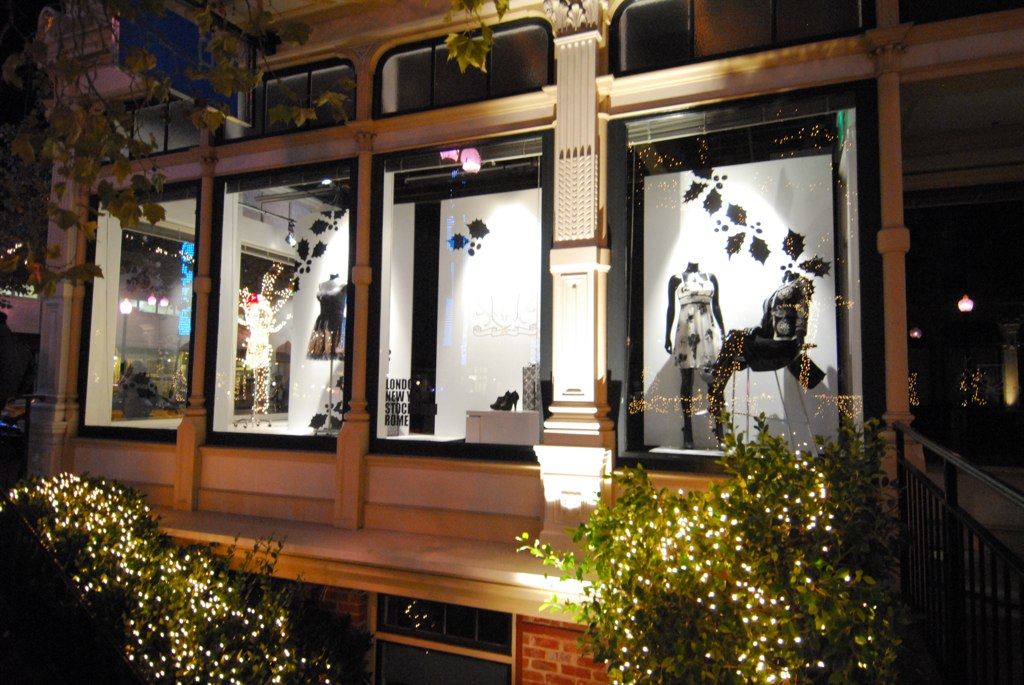 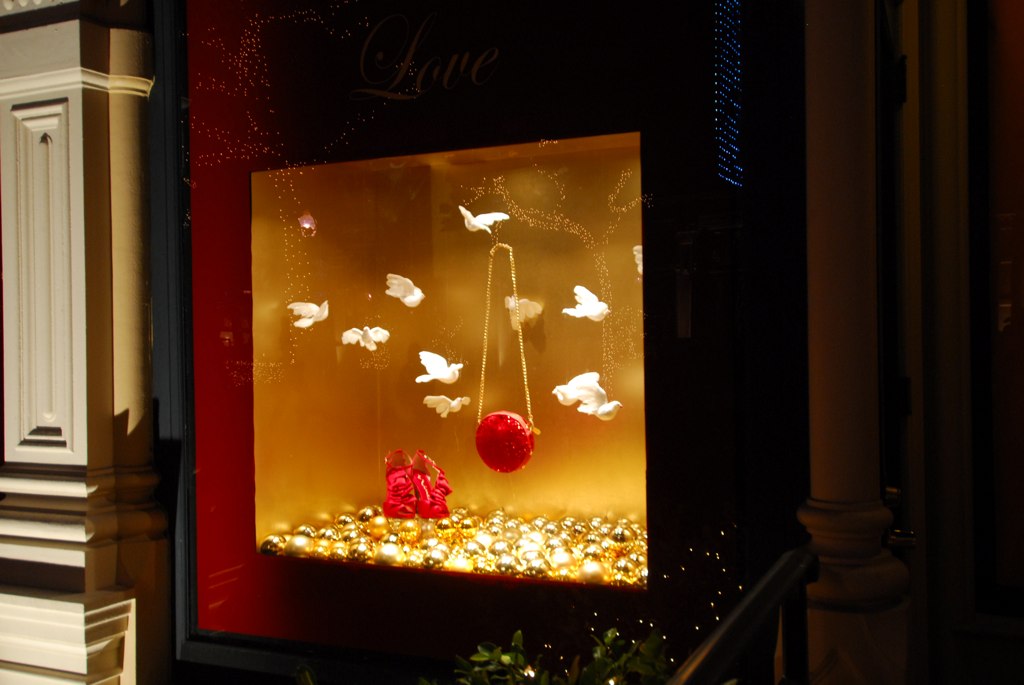 So many retailers just think putting product in the window is enough to draw people in. Not true, especially for the independent retailer. You need props, color and good lighting to attract attention. Drama attracts attention. Just ask Lindsay Lohan.
This is the third major film production we have been involved in this year. From our vantage point, another “shooting in Oakland” is a good thing because instead of a gun that is being used, it is a camera. Thank you Oakland film commission!

Beautiful photos! The commercial is now being broadcast and on YouTube: http://www.youtube.com/watch?v=Ddz42QecfRw