These window displays from a Christian Dior store in Paris are great examples of “street theatre”. They are not theatrical as in “over the top” but instead in a subtle, understated way that is stereotypical French. Although the clothes and props are expensive, the ideas behind these window displays easily be duplicated on a budget. 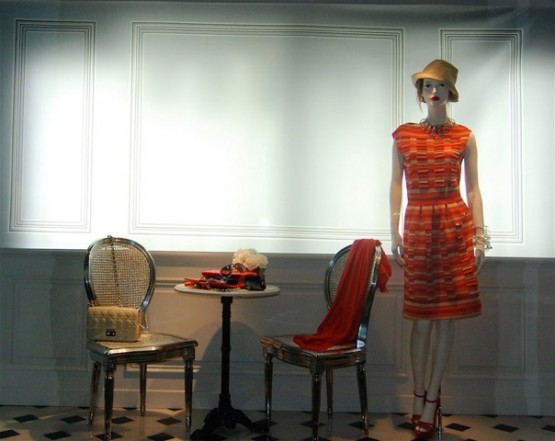 This display manages to showcase NINE items for sale by artfully using just two chairs, a table and a mannequin. The spaciousness is almost as if the window is “whispering” for you to come in and look closer. All too often American retailers cram too much merchandise in the window which is the retail equivalent of screaming. No one wants to be screamed at. 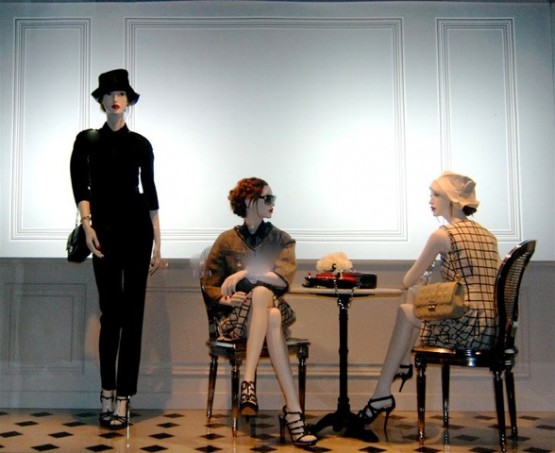 These two women sitting down appear as if they are having a conversation. They could possibly be gossiping about the woman behind them, who is dressed differently from them. Sorta of like the mean girls from high school have grown up to be rich, chicly dressed mean girls. Why is this important? Because this display evokes your emotion and your imagination. And emotions and feelings are what draws people in and motivates them to buy. 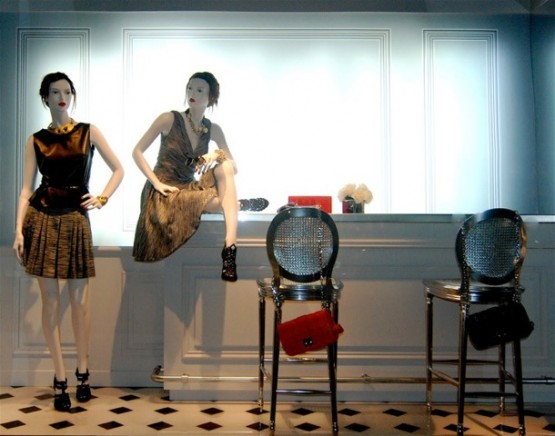 Passerby might not understand exactly why they are drawn to look at a window, but when a display looks like a scene from their real or their fantasy life, they stop and notice. They feel something. This scene looks looks like two hot women clubbing at an upscale bar . Compare that against the typical US window display with two mannequins standing upright with the purses over their shoulders. Just a few props and the right selection of mannequins makes all the difference. 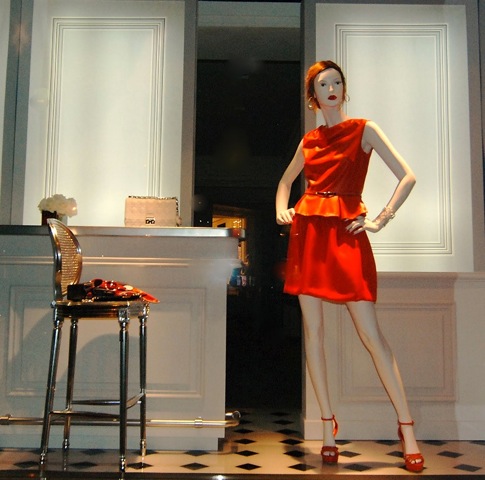 The props complement, but don’t compete with the clothing. It is like a scene from a play where the background elements allow the star of the show to shine.