When you hear the term “environmental activist,” you probably don’t picture someone who looks like this and recycles mannequins. 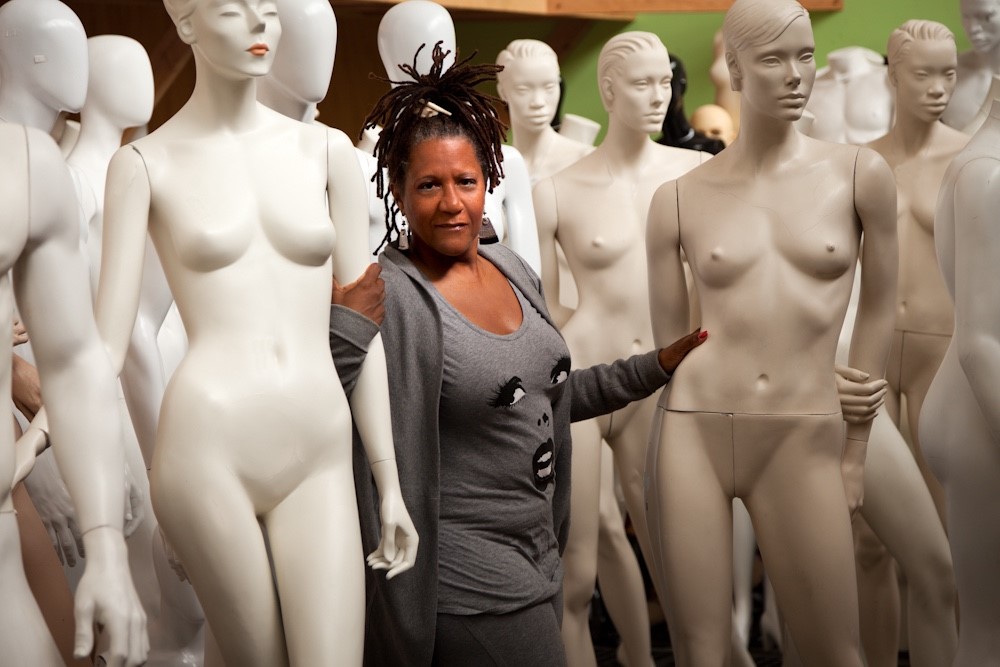 As the owner of Mannequin Madness I have been advocating for retail chains to recycle their mannequins and I have personally handled the recycling process for them  for over 15 years.

Prior to my advocacy it had the standard industry practice for retailers was to throw their unwanted mannequins (and other props) in the trash when they are remodeling or closing stores. Occasionally they would donate them to a fashion school or charity, but 90% of the time they went into dumpsters.

But mannequins are made out of materials that do not biodegrade, so when they end up in landfills, their broken remnants remain there for generations.

Gradually — due to a combination of my tenacity, the rising costs of waste removal and pressure for the retail industry to be more socially conscious — this practice has been changing. More and more retailers are recycling their mannequins. 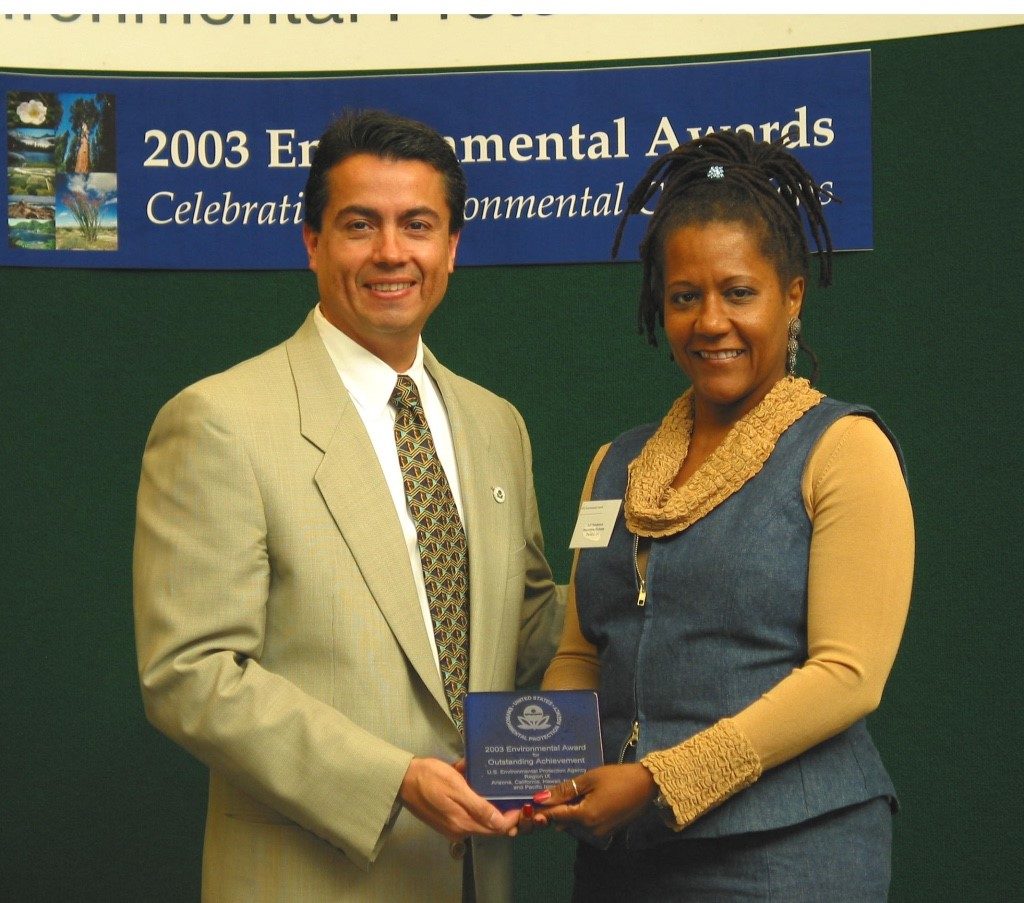 In 2003 I received a special achievement award from the Environmental Protection Agency for facilitating the recycling of over 100,000 pounds of mannequins in retail stores in one year.  Some of the early adopters were Nordstrom, Nike, Talbots and Sears (back when they had mannequins in their stores).

Let’s fast forward to 2016. Today  I facilitate the recycling of over 1 million pounds of mannequins in PER YEAR!   I’ve been so busy recycling mannequins, I keep forgetting to submit my updated information to the EPA to qualify for another award.

In April (which also happened to be when we celebrate Earth month each year), the following retailers contacted me personally to recycle their mannequins over the coming months: Bebe, Ralph Lauren, Uniqlo, Macy’s, Barney’s, Donna Karan, Banana Republic and Lululemon.

And earlier in the year, I had handled the recycling of mannequins at the American Apparel headquarters when they declared bankruptcy. American Apparel had so many mannequins I didn’t even attempt to track the count, but the majority of of them are in my warehouse now. 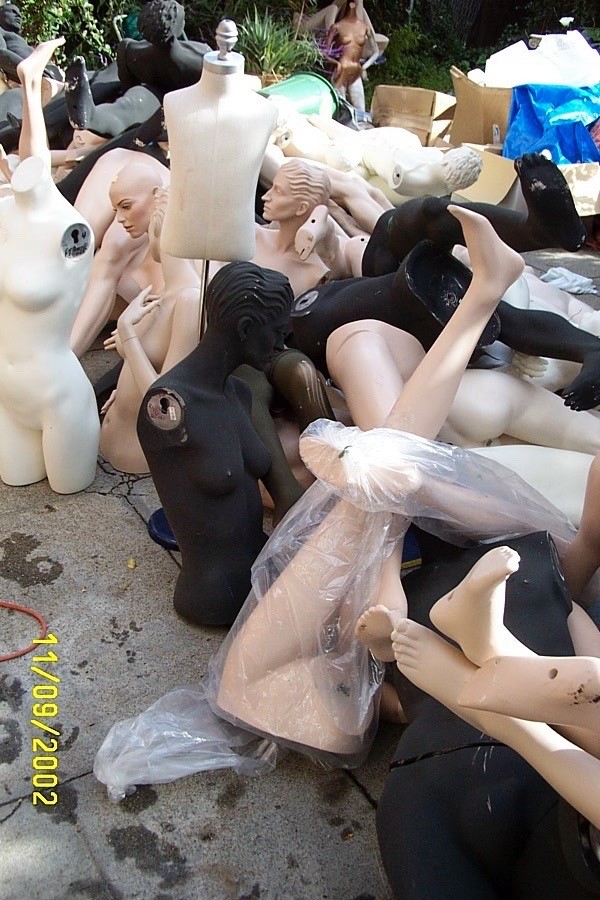 When Mannequin Madness recycles mannequins, this doesn’t mean we turn them into another product. We repair and refurbish the mannequin if needed, but much of the time they don’t need it because retailers routinely throw away mannequins in perfectly good condition.

We resell these recycled mannequins in the used section of our our website. The mannequins are sold at a deeply discounted price compared to what the same mannequin would cost brand new.

Retail chains carry a much higher caliber quality of mannequins than the cheap ones you can buy on Amazon. I like to say it is like having a used Mercedes versus a new Kia.

Purchasing recycled mannequins is how small museums, non-profits and independent retailers can afford to buy an expensive mannequin on a tiny budget — they buy used designer mannequins from vendors like us.

And many of the mannequins we receive that are beat up can still have value as there are so many ways they can be repurposed.  See our our Pinterest boards for examples of repurposed mannequins used for mosaic, halloween, DIY and art projects.

I have personally been responsible for keeping thousands of mannequins out of landfills, all across the country, not just in California.

But my environmental contribution doesn’t rank as highly as an activist who is saving a rainforest or working on marine conservation or shutting down toxic dumps located next to schoolyards. Those are the folks who get recognized by the The Goldman Environmental Prize, the world’s largest award honoring environmental grass roots activists.

Sometimes I feel like the “Rodney Dangerfield” of the environmental/recycling movement. That is, I get no respect from the environmental community, but lots of laughter about what I do. Maybe it is because I do my environmental activism wearing high heels and trendy fashions instead of Birkenstocks and a t-shirt made out of hemp. (Reader: insert laughter and applause here).

Or maybe it is because I am saving a bunch of dummies instead of sea creatures. And because I am a grassroots for-profit entity, not a 501c3 non-profit.

But the impact I have made to reduce the waste in the retail industry is an environmental accomplishment, even if no one else notices. It certainly makes me feel good to know that I am contributing in my unique way to help keep our planet been.

And now that I have been in business for almost two decades, my family no longer thinks I have gone mad trying to make a living from “dummies” (which is why I named my business Mannequin Madness).

In tomorrow’s post, I will describe in more detail why and how I recycle so many mannequins.