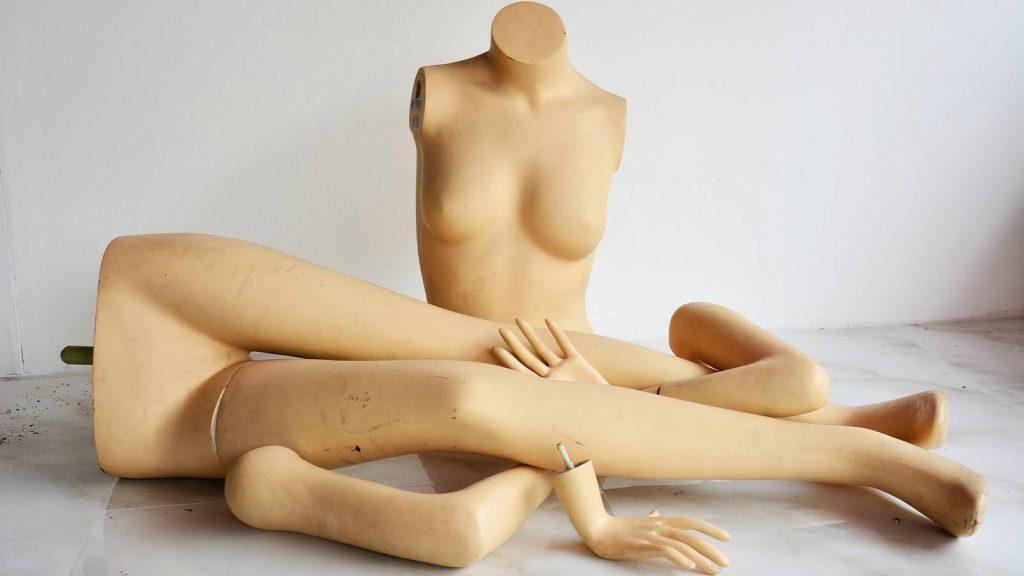 Judi Henderson-Townsend has dedicated her entire career to eliminating waste in the fashion industry. But rather than keeping garments from landfills, she’s recycling what’s underneath the clothes.

Through her company, Mannequin Madness, Henderson-Townsend has rescued thousands of plastic and fibreglass human forms discarded by retailers like Nordstrom, Gap, Macy’s and Uniqlo when they close or remodel their stores. When American Apparel shuttered in 2016, Henderson-Townsend took in nearly all of its mannequins across the country — about three 30-foot long truckloads. At about 20 pounds each, that represented at least 2.5 tons of material that would have otherwise headed straight for the dump. 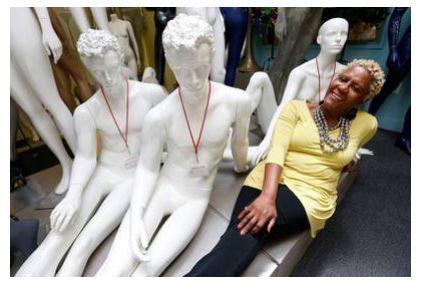 Instead, from her warehouse in the Bay Area, Henderson-Townsend then sells the used mannequins online and through Etsy. Her customers are fashion students, seamstresses, boutique owners and makers of Burning Man installations. Sometimes, though, they’re retailers themselves, such as Prada, Bloomingdale’s and Stitch Fix. Nike has both bought and recycled mannequins through Henderson-Townsend throughout the years, she said.

Today, with annual sales just south of $1 million, Mannequin Madness recycles about 300,000 pounds of mannequins per quarter. Since its inception two decades ago, the company has benefited from year after year of record store closures at the height of the so-called retail apocalypse.

Oftentimes, when a store prepares to close or undergoes remodelling, the priority is to get rid of everything inside as soon as possible. They pay for waste disposal services, which transport pretty much everything in the stores except for inventory to dumpsters and landfills — including the mannequins.

Through working with Henderson-Townsend, retailers can save money on those services while she receives the mannequins for free. It’s a smart business model, considering the low expenditures on the product itself, but Henderson-Townsend said she sees her work as a social justice issue too. In 2003, she received a special achievement award from the Environmental Protection Agency for her recycling efforts.

“Most landfills tend to be in communities where people of colour live,” Henderson-Townsend said. “So if there’s anything I can do to help reduce landfill waste, I’m interested in that.”

These partnerships with retailers, however, tend to be created on a local basis rather than as directives from the corporate level. This means it’s individual store managers reaching out to Mannequin Madness on their own accord instead of doing so per their company’s sustainability protocol. While a number of retailers in recent years have built out extensive programmes that curb their carbon footprint in manufacturing and product packaging, mannequins and other in-store fixtures have yet to receive the same environmental concern.

“Usually, the brand policy is to just get rid of them,” Henderson-Townsend said. “What happens is, a middle manager will find me on Google and reach out herself. I don’t think I’m in any retailer’s [corporate] directory.”

It was around the dot-com bubble burst of 2000 when Henderson-Townsend stumbled into the business of recycling mannequins. She was working for an internet start-up in San Francisco then, disillusioned with her job and looking into creating art on the side. She had an idea for a piece that required a mannequin — an object that she had always been fascinated by since childhood. After she found a dealer who sold and rented secondhand mannequins via Craigslist, she ended up buying 50 on a whim: he was moving away and looking to liquidate.

From there, Henderson-Townsend began visiting local stores promoting her mannequin removal services. Within six months, she amassed 500 mannequins, which she kept throughout her house and backyard. After nine months, it was no longer a side hustle but a full-time business.

Today, Henderson-Townsend works with a network of other used mannequin vendors around the country. When a retailer calls her about recycling a load from outside of California, oftentimes she’ll contact a local vendor to pick it up and charge a referral fee. She also operates a photography studio that independent merchants can rent and use the mannequins on site for e-commerce content.

In the coming years, Henderson-Townsend said she hopes she can work with retailers to educate them on how they can reuse or recycle retail equipment, such as racks, fixtures and furniture. Organisations like community arts collectives, theatre groups, production companies, schools and museums all may be interested in retail props. Instead of throwing everything away, retail executives should empower their store managers to take a moment and consider these avenues for reducing waste, Henderson-Townsend said.

“Once upon a time, no one thought about using recyclable bags but now it’s second nature,” she added. “We just need to ask ourselves, ‘Could there be another purpose for this?’ Even if more people started thinking about it, that’d be a good start.”

This website uses cookies to improve your experience while you navigate through the website. Out of these cookies, the cookies that are categorized as necessary are stored on your browser as they are as essential for the working of basic functionalities of the website. We also use third-party cookies that help us analyze and understand how you use this website. These cookies will be stored in your browser only with your consent. You also have the option to opt-out of these cookies. But opting out of some of these cookies may have an effect on your browsing experience.
Necessary Always Enabled
Necessary cookies are absolutely essential for the website to function properly. This category only includes cookies that ensures basic functionalities and security features of the website. These cookies do not store any personal information.
SAVE & ACCEPT
WP2Social Auto Publish Powered By : XYZScripts.com
wpDiscuz
1
0
Would love your thoughts, please comment.x
()
x
| Reply